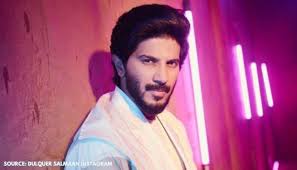 Actor-producer Dulquer Salmaan took to his social media handle and made a big announcement regarding the upcoming project of his production company, Wayfarer Films, on Wednesday. Interestingly, Dulquer shared the sixth productional venture, which is  Upacharapoorvvam Gunda Jayan. Meanwhile, the photo, shared by him, read the title of the film, which was written in Malayalam, and other details of the cast and the crew.

In a brief caption, Dulquer spilled the beans around the upcoming project and unveiled the details of Upacharapoorvvam Gunda Jayan‘s cast. Interestingly, before sharing the details of the project with his fans, Dulquer poked fun while mentioning that he has shared a couple of posts on the same day. And, this announcement post will be the last for the day

Interestingly, going by the 34-year-old actor’s social media feed, it seems like February 3rd was quite an exciting day for him as he not only completed nine years in the showbiz but his another upcoming production venture also went on floors. Dulquer’s debut film, Second Show, clocked nine. While recalling the same, Dulquer wrote, “Today I embarked on a new film. The jitters and fears are still present but time has helped turn that into something positive”.

On the other hand, he made an announcement with a post, shared a couple of hours before the celebration post. He informed his fans and followers that he has started rolling his fifth productional venture. Apart from bankrolling the film, Dulquer will also play the lead in the Rosshan Andrrews directorial. The ensemble star cast of the yet-to-be-titled film also features Bollywood actor Diana Penty.