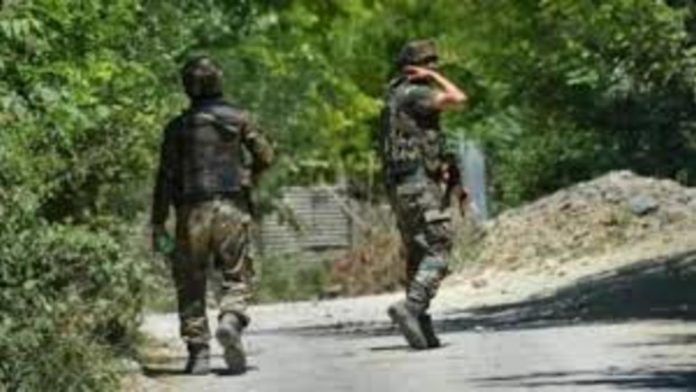 In the Uri sector of Jammu & Kashmir, the Indian Army caught a Pakistani infiltrator and killed another. According to army officials, the arrested terrorist is an 18-year-old Lashkar terrorist.

According to the authorities, the Pakistani terrorist who was apprehended was involved in a recent infiltration attempt that lasted from September 18-19.

On September 18, he crossed the border into India. The Lashkar terrorist resides in Okara, Punjab, Pakistan.

On September 26, another Pakistani guide, Qari Anaz (33) was killed by the military after opening fire on the Army search party. The apprehended terror operator was found with one AK-47 gun, two grenades, and one communication set.

The Army was able to establish contact with infiltrators at three distinct locations in the last two days, according to sources. So far, one Pakistani infiltrator has been killed in the confrontation, and the Army is on the lookout for the others.

During an exchange of fire between the Army and militants in the Uri sector along the Line of Control, four troops were injured by bullets.

After spotting suspicious movement along the Line of Control in the Uri area on Saturday, the Army conducted a counter-infiltration operation.

“Four soldiers were injured in the exchange of firing with infiltrators from across the LoC in Uri,” officials said. The infiltrators were challenged by the Indian Army soldiers, leading to a gunfight, they said.

According to officials, four soldiers were hurt in the two-day exchange of fire between the two sides.

Last week, the Army foiled an infiltration attempt near the Line of Control in the Baramulla district of Jammu & Kashmir, killing three terrorists and recovering a substantial stockpile of weapons and ammunition.