Can Sidhu’s Appointment As Punjab Congress Chief May Place Him Ahead Of Amarinder Singh In Future ? 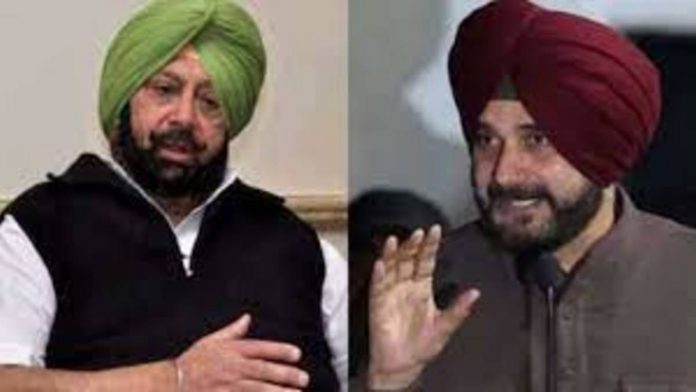 If the Congress wins in Punjab in 2022, Navjot Singh Sidhu’s anticipated nomination as President of the Punjab Pradesh Congress Committee (PPCC) could indicate he could be Captain Amarinder Singh’s successor and possibly the state’s Chief Minister.

Captain Amarinder Singh’s media advisor claimed on Thursday that Singh “will lead the party to victory in the 2022 elections as he did in 2017,” hinting that the 79-year-old isn’t ready to retire. The party is campaigning with Singh as the chief minister, but Sidhu’s likely nomination as the PPCC Chief clears the way for the party’s succession in Punjab, since the High Command sees Sidhu as the “future.” Who becomes the Chief Minister is also determined by who has the support of the majority of MLAs, which Captain Amarinder Singh currently has.

There have been recent precedents in Congress of PCC Chiefs becoming CMs if a majority of the winning MLAs support them, which is sometimes the case because the PCC Chief has a large voice in ticket selection. In reality, Captain Amarinder Singh forced the Congress High Command to designate him as the PPCC Chief in a similar set of circumstances before the 2017 Punjab assembly elections, replacing Partap Singh Bajwa, a known detractor. Singh was appointed to the position, and on the eve of the polls, Rahul Gandhi named him as the CM candidate. Now, Sidhu appears to be pressuring the High Command to offer him the same courtesy.

When the states went to polls in 2019, Kamal Nath and Bhupesh Baghel were the PCC Chiefs in Madhya Pradesh and Chhattisgarh, respectively, and eventually became CMs when the party won. Arun Yadav was replaced as PCC Chief by Kamal Nath just before the elections. Jyotiraditya Scindia had lobbied to be the PCC chairman and CM face, but the party preferred Nath, who was finally chosen by the majority of MLAs for the CM chair as well. Scindia eventually left the party since Nath continued to be the PCC chief while still serving as the CM.

Bhupesh Baghel beat TS Singh Deo to the CM’s chair, owing to his position as PCC chairman and the support of the majority of MLAs.

The only state where this did not occur was Rajasthan, where former CM Ashok Gehlot received more MLA support than PCC Chief Sachin Pilot. Pilot had presented the Congress High Command with examples of Punjab, MP, and Chhattisgarh to bolster his case for being the CM, but he was overruled and instead appointed as the Deputy CM. Later, Gehlot insisted that Pilot be fired as both the Deputy CM and the PCC Chief.

The Punjab scenario appears to be more similar to that of Rajasthan, where a senior colleague beat the PCC chairman to the CM chair ultimately.

These precedents explain why Sidhu’s appointment as PPCC Chief, when announced, will exacerbate the squabble within the Congress in Punjab, as Captain Amarinder Singh does not want to hang up his boots just yet, and both leaders would want their loyalists to get as many tickets as possible to support their case for the CM’s chair if the party wins. While the Congress wants both politicians to work together to win in Punjab, the CM and the new likely PPCC may end up working on opposite ends of the spectrum.