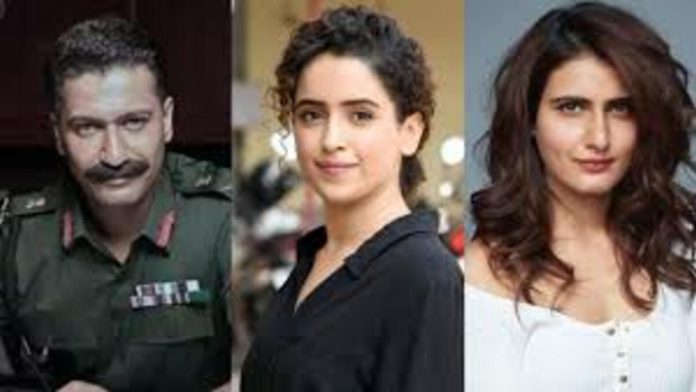 Sam Manekshaw, India’s greatest combat hero and first Field Marshall, is the subject of the movie SamBahadur, which premiered today and stars Vicky Kaushal, Sanya Malhotra, and Fatima Sana Shaikh. Meghna Gulzar is the director and Ronnie Screwvala is the producer of the movie. Sam Manekshaw served in the Army for four decades and five conflicts. He was the first Indian Army general to be given the title of Field Marshal, and Bangladesh was founded as a result of his military triumph in the 1971 Indo-Pak War.

As the first day of filming approaches, RSVP, the film’s producers, has released an exclusive trailer showing glimpses of Vicky Kaushal as SamBahadur and his co-stars Sanya and Fatima. Through Vicky’s remarkable transformation into Sam Bahadur and their table read sessions, as well as Meghna Gulzar and her team’s enthusiastic reimagining of the realistic portrayal of characters through their reading sessions and preparation for shooting, this video highlights the dedication to bring the character to life. This movie gives us a preview of the adventure they are about to take and the value they will add to the presentation of Sam Manekshaw’s life.

Meghna Gulzar, the director, expresses excitement about starting this adventure by stating, “Finally, after years of hard study, writing, ideation, and rigorous preparation, ‘SamBahadur’ has gone on floors. Being able to share the tale of Sam Manekshaw’s heroic life while on set is incredibly satisfying. a brave, courageous, determined, and righteous existence. Men like him are no longer being produced!”

Adding, Vicky Kaushal “The opportunity to play a real-life hero and patriot still admired and revered for his achievements to our nation is an honor. As an actor, there is a lot to take in and learn. Considering the preparation and effort that the entire team has put out. The viewers will no doubt be enthralled by Sam’s captivating path toward creating the India of today.”

Says Fatima Sana Shaikh: “It is a great honor to be a part of such an inspirational tale of one of our country’s greatest combat heroes. I hope that after watching Sam Bahadur, those who haven’t heard of Sam Manekshaw will always remember him “.

Playing the role of Silloo, who has been Sam’s support system throughout his journey, is an incredible honor, according to Sanya Malhotra. My utmost effort will be made to do credit to both my part and the movie, which is being directed by Meghna Gulzar for the first time.”

“The world is yearning for inspiration, and there is no more inspirational story and legacy than that of FM Sam Manekshaw,” continues Ronnie Screwvala. It’s an honor to bring to the cinema his life narrative, which in many ways is India’s formative story. He was a War hero, a leader, a remarkable speaker, and a master strategist who lived his life with the highest level of self conviction and on his own terms.

The Meghna Gulzar-directed movie, which also stars Vicky Kaushal, Sanya Malhotra, and Fatima Sana Shaikh and is produced by Ronnie Screwvala, has started filming and is scheduled to be released in theaters in 2023.