All you should know about the festival of Gudi Padwa 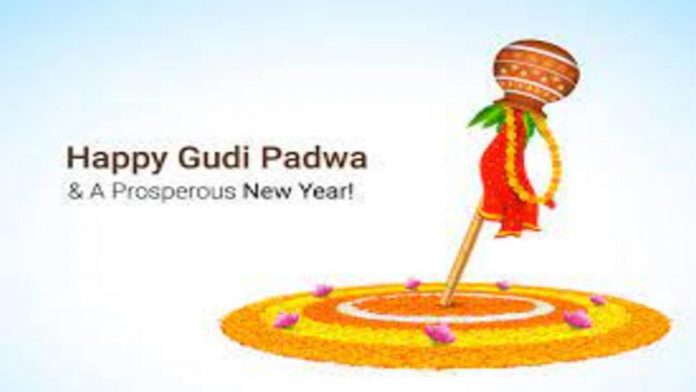 The celebration of Gudi Padwa will be observed today (April 13) this year. This promising celebration is seen on the first day in the month of Chaitra which is the first month in the Hindu calendar.

Gudi Padwa is significantly celebrated in Maharashtra. The people from Konkani community call Gudi Padwa as Samwatsara whereas it is commended as Ugadi in parts of Andhra Pradesh and Karnataka.

The festival celebrates the crowning of Lord Rama after his return from 14 years of exile to Ayodhya with Lakshman and Sita. Gudi which means flag denotes the victory of Lord Rama over the demon Ravana. People hoist their Gudi as high as they can to show the victory.

Every year the Gudi is hoisted in a particular Muhrat and this year it will be hoisted between the Abhijeet Muhrat which will start at 11:56 am and end at 12:24 pm.

The day starts with a ritualistic baths by the devotees with prayers. To mark the joy of the festival people decorate their house entrances with rangoli and torans of flowers or mango leaves.

The Gudi is made by tying a red or yellow silk scarf on the top of a bamboo stick along with mango flowers and neem leaves. People often hang a Saakhar gaathi (sugar candy garland) with the Gudi, this denotes the bittersweet experiences of life.

A silver, copper or bronze Kalash is also placed upside down on the bamboo stick to mark the victory. Once after the puja is done, people then hoist the Gudi outside their respective houses.

The women devotees dress themselves with a traditional Navari saree and men wear Dhoti Kurta on this day and meal they make Srikhand and Puran Poli.

Another festival Chaitra Navratri also starts on this day, which is mainly celebrated in North India.