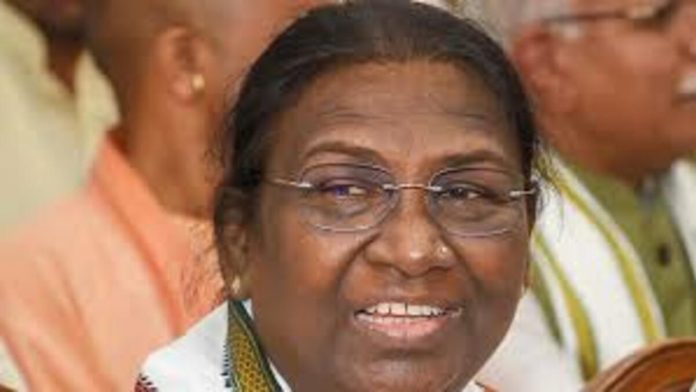 At a conference held by the former chief minister of Maharashtra, Uddhav Thackeray, sixteen Shiv Sena MPs pleaded with him to back the NDA’s candidate, Draupadi Murmu, in the next presidential election.

All 16 MPs agreed that Draupadi Murmu “is a tribal woman and thats why they should vote for her,” according to Sena MP Gajanan Kirtikar following the meeting.

“Draupadi Murmu is a woman and a member of the tribal group who is running for the NDA. She should have our backing. All MPs made this demand (of the party). Uddhav Ji informed us that he will communicate his choice to us in a day or two “A news source quoted Kirtikar as stating.

“Because she is a Marathi woman, we had backed Pratibha Patil, a candidate for the UPA. Pranab Mukherjee, a UPA contender, had our support. Due to the fact that Droupadi Murmu is a member of a tribe, Uddhav ji would declare his support for her. For the presidential election, we should look beyond politics “Added he.

“Two of the 18 MPs—Bhavana Gawali and Shrikant Shinde—were not present. The meeting was attended by every other party MP “said he.

Notably, there is no presidential election or whip, and the MPs are free to cast their votes anyway they like.

Sanjay Raut, the leader of the Shiv Sena and an MP who is reputed to be close to Uddhav Thackeray, departed without addressing the media. Rumor has it that Raut is still willing to assist Yashwant Sinha despite not being in favor of backing Draupadi Murmu.

On July 18, the presidential election would take place, and the results would be announced on July 21. Murmu would be India’s second woman president and the country’s first tribal leader if she were to win the election.

On July 24, the current president Ram Nath Kovind’s term comes to an end.