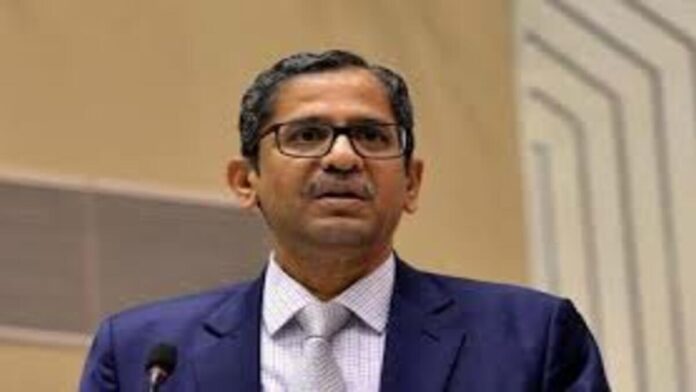 Justice NV Ramana plans to make a huge statement on his last day serving as the CJI.

The Supreme Court Registry updated the court causelist, or the list of cases scheduled for orders or hearing on Friday, late on Thursday night. Five decisions that were to be delivered by the departing CJI were included in the list that was made public at about 11:30 p.m.

The following matters will receive decisions from the bench of Chief Justice of India NV Ramana, Justice Hima Kohli, and Justice CT Ravikumar on Friday morning.

A PIL seeking to prohibit “irrational freebies” provided by political parties that have the impact of “luring voters” and “raising the budget deficit” of the state will be decided by a three-judge bench led by CJI NV Ramana.

A significant discussion over the nation’s “rewari culture” has been sparked by the lawsuit brought by Delhi BJP leader Ashwani Upadhyay. The CJI noted that the court would need to take into account a number of factors while hearing the case on Wednesday, including the extent of the court’s authority to direct political parties and their election promises as well as the definition of “freebies” and the distinction between dole and welfare measures.

The supreme court would also consider whether electoral pledges without official support can be rejected and if aid programmes made by the ruling party just before elections qualify as a “freebie.”

Aam Aadmi Party, YSRCP, Congress, and DMK are just a few of the political groups that have offered their ideas and viewpoints. The court had first recommended the formation of a committee composed of representatives from the government, political parties, the RBI, NITI Aayog, the Finance Commission, and other interested parties. However, CJI NV Ramana said on Wednesday that selecting a committee’s chairperson would be “challenging.” The CJI also questioned the government’s decision to forgo convening an all-party meeting to discuss this matter in Parliament.

The Uttar Pradesh government’s refusal to give permission for the prosecution of Yogi Adityanath, the chief minister, and others for alleged hate speech that is believed to have sparked a number of violent episodes in Gorakhpur is being challenged in a petition before the Supreme Court.

The petition, which was submitted by activist Parvez Parwaz of UP, contested the choice not to authorise Yogi’s prosecution for making incendiary comments. It was claimed that Yogi Adityanath, a Lok Sabha member at the time, delivered an inflammatory speech during Muharram in Gorakhpur in 2007, sparking clashes that resulted in one fatality.

The Allahabad High Court rejected Yogi Adityanath’s request for a CBI investigation in 2018 and maintained the UP government’s decision to deny permission to prosecute.

On Wednesday, the supreme court postponed making a decision in the matter.

Due to extensive unlawful mining, a PIL filed in 2009 by the NGO Samaj Parivartan Samudaya resulted in the closure of iron ore mines in Karnataka. In 2013, the Supreme Court imposed a comprehensive export ban on iron ore and pellets and permitted the reopening of some operations under strict restrictions. The court is currently debating a collection of requests made by several mining corporations to end the 10-year-old iron ore export ban and eliminate the district-level mining restrictions in Karnataka.

The country needs more than 192 million tonnes of iron but only produces about 120 million tonnes, according to the Ministry of Mines, which has endorsed the proposal to permit export of iron ore outside of Karnataka. The Central Empowered Committee has said in another affidavit that India’s iron ore reserves are constrained.

The Karnataka government opposed abolishing the export ban in an affidavit it submitted in April 2022, claiming that India’s iron ore reserves should be utilised for domestic steel production instead.

The Rajasthan government has filed an appeal against a 2016 high court decision that allowed Ultratech Cement to keep mining limestone on land it claimed was a “johad” or water body. A three-judge panel led by the CJI will issue a decision on the appeal.

The Rajasthani administration has maintained that permitting mining to go on will seriously harm the environment. Since the state government revoked the letter of intent granted in 2003 authorising the business to begin mining activities subject to environmental clearance, the matter has been litigated since 2005. The land allocation was cancelled since no environmental clearance was given.

The mining lease was approved by the government in 2012, but only under the condition that the company create a new water body on a different plot of land. According to the firm, the land has remained dry for more than 20 years.

The Rajasthan government claimed in court last week that the region where the limestone mine is situated is a “seasonal water body” that gathers rainwater. Due to a lack of rainfall in the area, the water body has been dry for a while. However, if mining is permitted, any potential rainfall would upset the biological equilibrium of the area.

Whether the 90-day window for payment by a successful bidder, as provided in the liquidation regulations issued by the Insolvency and Bankruptcy Board of India (IBBI) Liquidation Process Regulations of 2016, would apply retroactively and to cases where the liquidation process started is the subject of a petition filed by the official liquidator of ABG Shipyard against the decision made by the National Company Law Appellate Tribunal (NCLAT).