The National Investigation Agency brought Sachin Vaze to the spot outside Antilia where the car with explosives was found to reconstruct the sequence of events, sources have said. 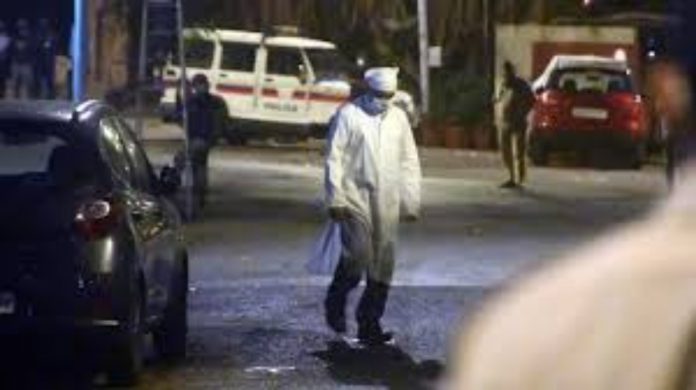 As part of their investigation in the Ambani security scare case, the investigating agency NIA took the arrested police official Sachin Waze to the incident site near Antilia, Ambani’s residence where the explosives-laden SUV was found abandoned.

The accused police official was taken to the spot to recreate the whole incident, said the sources.

Earlier the case was being handled by the Mumbai Police, which was later handed over to the National Investigation Agency (NIA) after the Mumbai Cop Sachin Waze was found suspected of killing the SUV owner Mansukh Hiran.

According to the sources, Mr Vaze was asked to move near the spot where the SUV was found. The team of NIA made him first walk in shirt and pants and then in Kurta with a handkerchief wrapped on his head to recreate the possible event happened on the day of the incident when the SUV was found.

Throughout its investigation the NIA has made number of revelations which says, the number plate of the explosives-laden found near Antilia was found in a black Mercedes car which Mr Waze was using. The man lurking near Antilia in the CCTV footage is also said to be Mr Waze, moreover the SUV had fingerprints which matched to Mr Waze’s and also the car which was tailing the SUV was also Waze’s Mercedes.

The case has a political aspect also as BJP is continuously questioning the state ruling Shiv Sena for backing the arrested police official who is also a Shiv Sena member.

Mr Sachin Waze was the first investigating official of the case when the case was being handled by the Mumbai Police.

The SUV was owned by an auto parts dealer Mansukh Hiran, who had also filed a missing report of the vehicle on February 17, while the incident took place on February 25. days after the incident on March 5, Hiran was found dead in a creek near Mumbai.

After Hiran’s death his wife alleged Waze for borrowing the SUV for four months which he returned February 5 and she also alleged Mr Waze of having a connection in Hiran’s death.