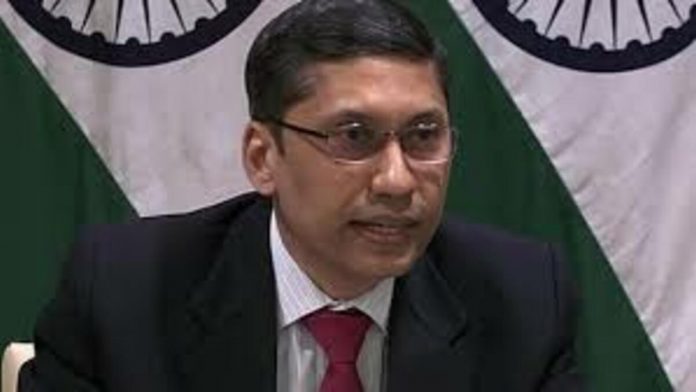 India on Monday slammed Organisation of Islamic Cooperation over it’s unjustified comments on the ongoing delimitation exercise in Jammu and Kashmir and said that it’s the integral part of India which is not subjected to any alienation.

Furthering it’s attack on Pakistan, it urged the 57-nation bloc not to indulge in spreading out any “communal agenda”.

“We are dismayed that the OIC Secretariat has once again made unwarranted comments on the internal affairs of India. As in the past, the Government of India categorically rejects the assertions made by the OIC Secretariat on the Union Territory of Jammu and Kashmir which is an integral and inalienable part of India,” said Arindam Bahchi, spokesperson of Ministry of External Affairs.

“OIC should refrain from carrying out its communal agenda vis-à-vis India at the behest of one country,” he further said.

MEA’s response comes after OIC expressed its “deep concern” over the delimitation exercise going on in the union territory. The Islamic organization even accused the Indian government of changing the exiting demographic structure of Jammu and Kashmiris and snatching the rights of Kashmiris.

Pakistan Parliament had earlier took a resolution of rejecting the India’s delimitation exercise. The country’s new foreign minister Bilawal Bhutto Zardari has also criticised the alterations of the assembly constituencies and called it “illegal” and also the breach of resolutions of United Nations Security Council.

Delimitation is the exercise of altering the boundaries of assembly constituency of voters who vote for Lok Sabha based on the change in population size with time period.

A panel formed in Jammu and Kashmir for delimitation exercise in March 2020 had issued its final report on altering the electoral map of the union territory on May 5.

The panel had alloted three more seats to Jammu and one more seat to Kashmir valley and added Rajouri and Poonch areas to the Anantnag seat. Now, the Jammu has 43 assembly seats and Kashmir has 47 in the total 90 seats assembly.
Yet after this, the delimitation exercise has not been favoured by any political party except the BJP in the Union territory.