India Hits Another Global Record With Over 4 Lakh Covid Cases 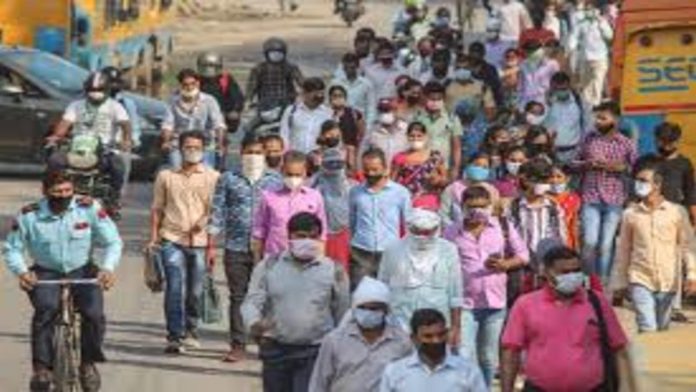 Reporting 4,01,993 new Covid-19 cases in last 24 hours India has set another highest global record in daily cases with deaths at 3,523. The country has entered its third phase of vaccination despite many states flagged stock shortage.

It is the first time that India has touch the 4 lakh mark after reporting more than 3 lakh cases for past nine days. India has been reporting high daily cases consistently since it touched the 1 lakh mark around three months before.

Warning an action against the government if they supress any of the information of citizens grivances over social media the Supreme Court said, “If citizens communicate their grievances on social media, we do not want clampdown on information. We will treat this as contempt if any citizen is harassed if they want bed or oxygen,” said Justice DY Chandrachud during a hearing.

The third phase of vaccination under which all aged between 18-44 are to be vaccinated has started today despite states like — Delhi, Maharashtra, Gujarat, Madhya Pradesh, Punjab, Kerala, Rajasthan, Tamil Nadu have said they are short with vaccine stock and until they get sufficient stock they will keep vaccinating those above 45 and those waiting for their second jab.

After holding a meeting with the Council of Ministers on Friday the Prime Minister Narendra Modi said, “Discussed the various steps being undertaken including coordination with the states, augmenting medical capacities and boosting oxygen availability”.

According to mathematical model of team of scientists it is expected that India may see its coronavirus peak between May 3 and May 5. “Our belief is that by next week, the daily new cases nationwide would have peaked,” said M Vidyasagar, head of a government-appointed group of scientists modelling the trajectory of infections.

Countries like US, UK, Germany, Japan, France, China have come out in solidarity to help India during the time when country’s health infrastructure is crumbling for medical resources. On Friday India recieved its first batch of medical relief package from US that included medical equipments like Oxygen concentrators, PPEs, testing kits, Medicins, Oxygen cylinders etc.

Many experts believe that the mega Kumbh mela which ended on Friday have largely contributed to this Covid spurt. As per the official data over 70 lakh people had took part in the major festival amid the pandemic.