Covid breaks another first time as India records over 1.07 lakh cases in a single day 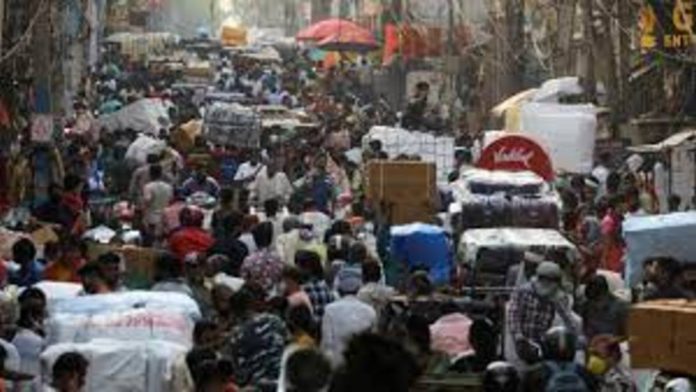 With no breaking of the chain of continuous rise in Covid-19 cases India on Tuesday again recorded its highest ever single day spike with over 1.07 lakh cases since the pandemic begin. The second highest was recorded on Sunday with over 1.03 lakh cases.

The cases are still hiking even after the Centre asked people to stay aware as the next four weeks are very critical and had also urged people to equally participate in curbing the virus.

After the warning of faster increase in cases currently in the country as compared to the last year people still have abandoned to even follow the primary measures of wearing of masks and social distancing to control the spread.

Confronting growing calls for widening the COVID inoculation drive to cover all age groups, the Center likewise seemed, by all accounts, to be veering towards the view to make those above the age of 18 eligible for the doses. As of now, just those over 45 years are permitted to take the vaccine doses.

With many states imposing night curfews Delhi on Tuesday also imposed night curfew in a check of the flood in Covid-19 cases as the capital city recorded 5,100 new cases on Tuesday, the most biggest spike this year. The curfew will be in power between 10 pm to 5 am with quick effect till April 30.

NITI Aayog Member (Health) Dr VK Paul said the pandemic circumstance in the nation has deteriorated with a sharp hike in cases, and a big population is as yet helpless to the infection.

“People’s participation is vital to control the second wave. The next four weeks are going to very critical. The entire country has to come together and make efforts to fight the pandemic,” he said.

“The intensity of the pandemic has increased and it is spreading faster than last time. In some states, it (the condition) is worse than others but the upswing (in cases) can be observed across the country,” he further said.

However, the measures to battle against the virus remains the same. COVID-appropriate behaviour, containment measures, testing have to be implemented more efficiently, medical infrastructure has to be ramped up and vaccination drive intensified, Paul emphasized.

“Still, in terms of the population size and in terms of deaths per million we are doing well and the pandemic is in control,” said the NITI Aayog member.

Union Health Minister Dr Harsh Vardhan featured that one of the significant reasons behind the flood in cases in all over the country, especially in 11 states, was individuals getting careless towards following COVID proper conduct and asked them take up mass mindfulness missions to re-ingrain the significance of such measures among the population.

The states which are mainly responsible for this surge include Maharashtra, Madhya Pradesh, Punjab, Karnataka, Rajasthan, Gujarat, Delhi, Himachal Pradesh, Chhattisgarh and Haryana.

While, the districts which have recorded the highest number of cases are Nagpur, Pune, Mumbai, Nashik, Bengaluru Urban Ahmednagar, Durg, Thane, Delhi and Aurangabad.