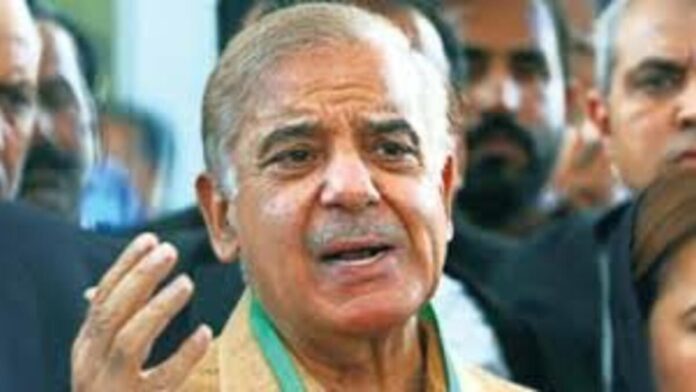 On Wednesday, Pakistani Prime Minister Shehbaz Sharif praised his Indian counterpart Narendra Modi for expressing worry over the material and human losses brought on by the nation’s biggest flood in years and promised to help his nation recover from the disaster.

“I thank Indian Prime Minister Narendra Modi @narendramodi for expressing sympathy for the material & human losses brought on the floods. The Pakistani people will, inshaAllah, overcome the negative impacts of this natural disaster and rebuild their lives and communities with their renowned resiliency, Sharif tweeted.

The destruction brought on by the floods in Pakistan grieved Prime Minister Modi, who expressed his hope for a speedy return to normalcy on Monday.

“Sad to witness the destruction brought on by the floods in Pakistan. We offer our sincere condolences to the relatives of the deceased, the injured, and everyone else impacted by this natural disaster, and we pray for a speedy return to normalcy “Modi sent a tweet.

The day before Sharif’s tweet, he essentially ruled out the idea of looking into food imports from India to address shortages brought on by the severe floods.

In a TV interview on Monday, Pakistan’s finance minister, Miftah Ismail, suggested that his nation should look into importing vegetables and other food goods from India to help its citizens deal with the extensive crop loss brought on by flash floods.

When Sharif briefed the international media on the unprecedented floods in Islamabad on Tuesday, he was bombarded with inquiries about potential food imports and the restart of trade with India.

“Trading with India won’t have presented any issues, but genocide is taking place there and Kashmiris are being denied their rights. By eliminating Article 370, Kashmir has been forcibly annexed, according to Sharif, who was alluding to India’s intention in 2019 to revoke Jammu and Kashmir’s special status and divide the area into two union territories.

But I’m willing to have a conversation with Prime Minister Narendra Modi. War is unaffordable. We will have to devote our limited funds to reducing poverty in our individual nations, but without tackling these problems, we cannot live in peace, Sharif remarked.

Unprecedented monsoon rains have caused hundreds of deaths in landslides and floods. Up to 33 million individuals have been forced to relocate.

Nearly 500,000 people are housed in relief camps in Pakistan, where more than 1,000 people lost their lives as a result of the torrential downpours.

In order to avoid a default, the country had to acquire a $1.1 billion loan from the International Monetary Fund (IMF), according to official estimates of the damage, which total more than $10 billion. Large tracts of agriculture are currently under water, posing a threat of an impending food crisis for the nation.

International organisations have requested that imports from India be permitted through the land border, according to Ismail on Wednesday. However, the Pakistani government can only take this into consideration after analysing the supply situation and consulting with its coalition partners and other important parties.

“Numerous international organisations have requested permission from the administration to cross the land border with food from India. After speaking with its coalition partners and other important stakeholders, the government will decide whether to permit imports or not based on the supply deficit situation “Tweeted by the minister.