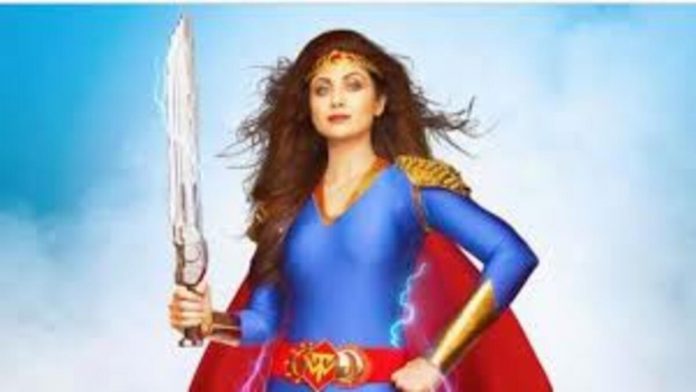 Who knows where we’ll be in 2022? Not the makers of ‘Nikamma,’ a remake of Telugu classic ‘Middle Class Abbayi,’ since they have produced a film that is so mothballed that it would not have been panned even in the 1980s.

Adi (Abhimanyu Dassani), a jobless man, is just another standard-issue Bollywood hero. His adoring family, which includes a big brother (Sameer Soni) and a purportedly severe sister-in-law (Shilpa Shetty), has converted him into a brat. But we all know Adi is simply biding his time till he has the opportunity to show his true colors.

In the meantime, there’s the obligatory meet adorable with a college girl (Shirley Setia), who is never seen inside a classroom. The heroine would have been observed carrying at least one book back in the day. There is just evidence of hair and make-up in this area.

This is also supposed to be Shilpa Shetty’s comeback flick, so we get two heroes for the price of one. Shetty portrays a government official in a tiny town who is pitted against the local bad guy (Abhimanyu Singh), who lives in a palace and is constantly flanked by a crew of scowling minions.

So there you have it: Adi and his’maa samaan’ Bhabhi versus the Very Bad Guy in your flick. Bike chases, combat scenes, bloodied limbs, and one person taking on all comers are among the set pieces. A handful of song-and-dance routines simply to make sure they haven’t been forgotten.

There isn’t a single scene in this movie that we haven’t seen a million times. Unless you consider Ms Shetty’s attempt to be a badass. Or at the very least, that’s what the filmmakers believe. Abhimanyu Dasani does a good job as another version of Salman Khan, who played a brattish hero in his mother’s 1989 debut, ‘Maine Pyar Kiya.’ A shirtless scene is the only thing missing.

‘Nikamma’ is little more than a grueling 2.5 hours of pondering about Bollywood’s future. If this is what we’re getting in the name of a new film with a new hero who has shown promise in his first two appearances, it’s time to head back home.