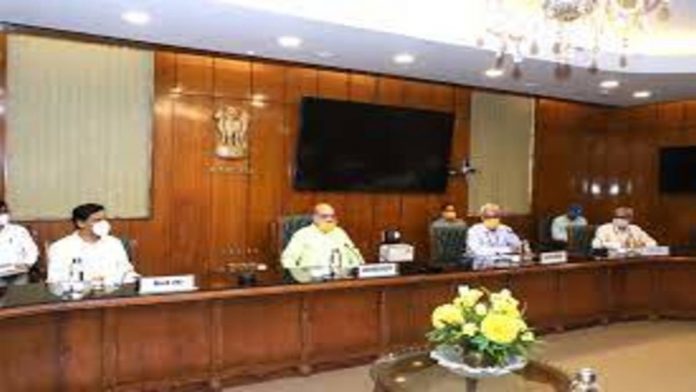 Amid the rising Covid-19 cases in Delhi, the Central government has offered its officials the alternative to work from home with the staggered office timings. Giving a notification, the Ministry of Home Affairs on Thursday night asked its officials up to the degree of under-secretary to take the work from home alternative. While deputy secretary and those at higher post than him were asked to keep going to the workplace. However, These officials have been given the alternative to stagger timing between 9 AM and 10 AM.

“In view of the unprecedented rise in the numbers of covid-19 cases in Delhi, it has been decided to take measures to prevent it’s spread,” said the MHA in its order. Saying that just 50% staff need to go to the office, the Home Ministry expressed that the staggered timing will keep away the rush in travelling, in lifts and halls. The memorandum of the MHA also said that those coming from the containment zones may continue the with the work from home alternative.

The home ministry said officials of the degree of Under Secretary or same and lower be permitted to work from home and their actual attendance in office be limited to 50 percent of the real in overall strength.

“Rosters for their attendance will be prepared by concerned divisional or wing heads. Individual wing heads can, however, call for more than 50 per cent physical attendance of any of the categories of officials in their wings, if required on administrative grounds,” said MHA in its order.

Although, The deputy secretary and all above than him will have to attend the office on a daily basis.

The ministry also said that if any officer who is not able to attend the office will have to make him available through telephone or any other electronics means of communication throughout the working hours from their homes.

Additionally, those attending the office physically will have to adhere by the covid appropriate behaviour that includes, mask wearing, social distancing, regularly washing of hands and sanitization.

“Crowding in lifts, staircases, corridors, common areas including refreshment kiosk and parking areas is to be strictly avoided and meetings, as far as possible, to be conducted through videoconferencing,” said the home ministry in its order

These severe guidelines came as the capital reported 16,699 new Covid-19cases with 112 deaths on Thursday. These were the second highest in the city after it reported highest ever cases on Wednesday which stood at 17,282 cases. Delhi has been reporting increased number of cases since past few days.