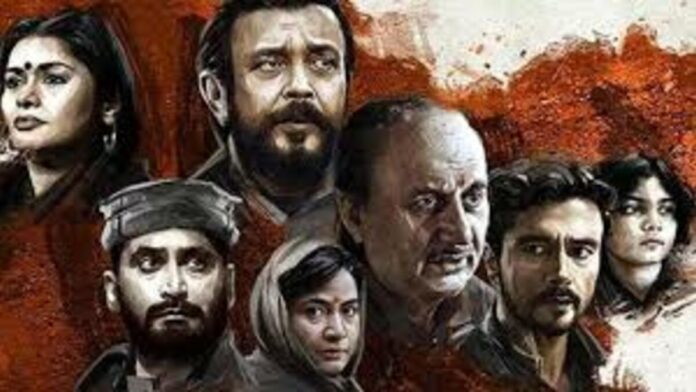 Nadav Lapid, a fellow countryman and director, was harshly criticised by Israel’s ambassador to India, Naor Gilon, for labelling “The Kashmir Files” “propaganda” and “vulgar” at the 53rd International Film Festival of India. It is “insensitive and presumptuous to speak about historic events before deeply studying them and which are an open wound in India,” according to Gilon, who was the jury chair at the IFFI 2022. Gilon also stated that Lapid should be ashamed of his comment regarding the Kashmir Files.

The Israeli envoy expressed his deep hurt in a series of tweets, writing: “Reactions in India to you that are denying Schindler’s List, the Holocaust and worse.”

“I categorically denounce such statements. There isn’t a defence. It does demonstrate how delicate this Kashmir problem is.

The envoy charged Lapid of exploiting the Indian government’s request for him to lead the panel of judges as well as their confidence, respect, and gracious hospitality.

“In Indian culture, a visitor is compared to God. You have seriously mistreated the Indian government’s confidence in you and its gracious hospitality, as well as their offer to preside over the @IFFIGoa judging panel. said Gilon.

The Indian Panorama Section of IFFI featured a screening of “The Kashmir Files” on November 22. Lapid criticised the entry, saying that it was “unacceptable for an artistic competitive segment of such a prominent film festival” and that the jury had been “disturbed and appalled” by it.

Lapid has criticised Israel’s treatment of Palestinians loudly and claimed in one of his interviews that “the collective soul of Israel is a diseased soul.” He also signed an open letter, along with 250 other Israeli filmmakers, in opposition to the Shomron (Samaria/West Bank) Film Fund, which they viewed as having only one purpose: to encourage Israeli filmmakers to “actively participate in whitewashing the (West Bank Occupation) in exchange for financial support and prizes.”

“Feel free to utilise the liberty to express your criticism of what you dislike in Israel, but no need to reflect your frustration on other countries,” Gilon encouraged the director.

You might not have enough factual support to draw such comparisons, in my opinion. I’m sure I don’t,” he continued.

“You’ll return to Israel believing you were brave and “made a statement.” We would remain here, the representatives of Israel. You should check the DM boxes after your “bravery” to see the effects it might have on the team I’m in charge of.