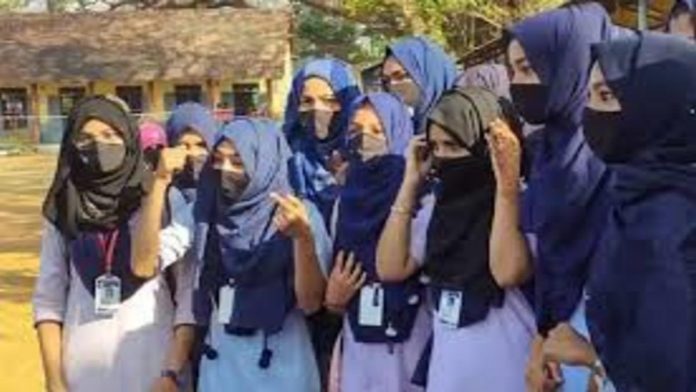 After imposition of section 144 in Shivamogga following a violent protest in Bagalkot over hijab versus saffron, the Karnataka Chief Minister Basavraj Bommai had directed to shut down the schools and colleges for next three days. A group of protesters threw stones at each other in Udupi and a saffron flag was also hoisted at a school.

Following the protest, Congress leader and General Secretary Priyanka Gandhi Wadra said in a tweet, “Whether it is a bikini, a ghoonghat, a pair of jeans or a hijab, it is a woman’s right to decide what she wants to wear. This right is GUARANTEED by the Indian constitution. Stop harassing women.”

“What we are seeing in Karnataka is anything but quest for knowledge. Young girls, in the name of faith, are being asked to choose hijab over education,” BJ’s IT department in-charge Amit Malviya said in his tweet.

Arguing against the BJP’s allegation that Congress is responsible for the ongoing hijab row as its legal cell representative is leading the case in the court, the concerned lawyer Devadatt Kamat said in his tweet, “I fortunately live in a free country. As a counsel, I appear and argue any case I am instructed in. No third party much less a political party can question my choice of a brief!”

Meanwhile, the ruling BJP in Karnataka said, “We have been saying the Congress is behind the birth of the hijab row. An advocate arguing in favour of hijab in the high court is the Congress’ legal cell representative. Do we need another example to say Congress is working towards breaking the society?”