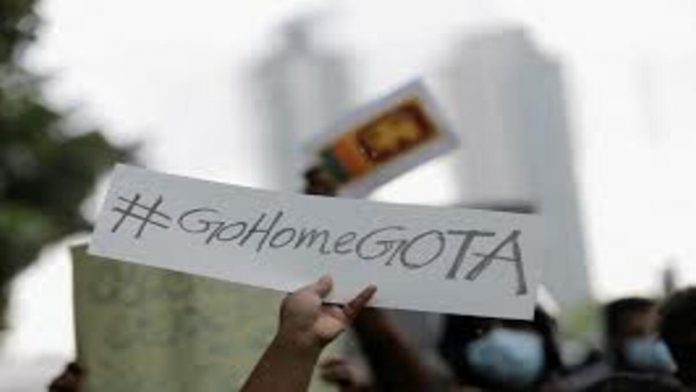 President Gotabaya Rajapaksa has rejected the requests, even after parliamentarians from the ruling party stated an interim administration should be formed to replace his, and that failure to do so would leave them liable to violence.

Last week, Rajapaksa announced a state of emergency after large throngs of protestors rallied outside his residence in Colombo. The demonstrations started as a result of shortages of basic necessities such as cooking gas, gasoline, electricity, and milk powder. They have expanded to every area of the Indian Ocean island country, and protesters are now calling for Rajapaksa and his administration to quit.

Protesters broke into the offices and homes of governing party MPs on Monday, according to television and social media photographs. At the first new Parliament session since the demonstrations erupted on Tuesday, members begged the speaker to assure their safety.

Despite their politically strong family becoming the target of popular ire, the president and his elder brother, Prime Minister Mahinda Rajapaksa, remain in power in Sri Lanka.

Rajapaksa urged all parties to join a unity government after the Cabinet quit on Sunday night, but the largest opposition party rejected the offer. On Tuesday, over 40 members of the ruling coalition said that they would no longer vote according to coalition orders, putting the government in jeopardy.

Sri Lanka is unable to pay for imported products due to massive debts and diminishing foreign reserves.

For months, Sri Lankans have stood in lengthy lines to purchase gasoline, food, and medication, the majority of which is imported and paid for in hard currency. The fuel shortfall, along with decreasing hydroelectric output due to dry weather, has resulted in daily rolling power outages lasting several hours.

Last month, Rajapaksa claimed his administration was in negotiations with the International Monetary Fund and had resorted to China and India for financing, while urging residents to conserve energy.