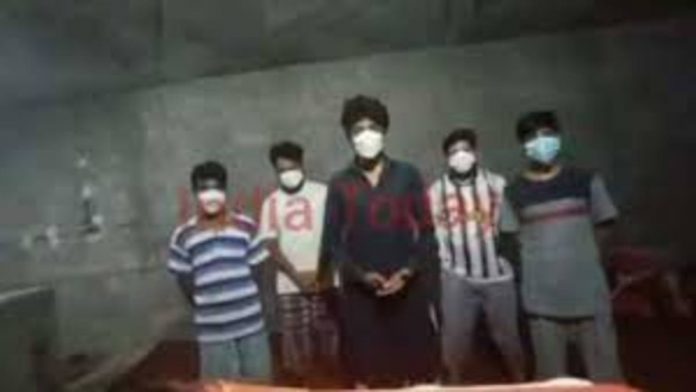 All five guys begged for their return in a video message to Prime Minister Narendra Modi.

In the video, one of the men, Aniket, can be heard saying: “Respected Prime Minister Narendra Modi, we are making this video for our repatriation. We are recording this video from Chabahar which is situated in Iran’s Sistan-Baluchistan. This is the same Chabahar where India is building a port worth $200 million.”

“We were languishing in jail here for 400 days on false charges trumped-up by our shipowners and agents. We are innocent yet have suffered in prison. We finally have been released on March 9, 2021. Despite being proven not guilty, Iranian officials have neither returned our passports nor have they given us our identification documents,” Aniket remarked.

They were held in judicial custody at Chabahar Central Jail for 403 days without being charged, pending the outcome of the investigation.

A municipal court in Chabahar issued its decision on March 8, 2021, finding them innocent and ordering their immediate release.

They were released the next day, but they have been wandering the streets because local officials did not return their passports and identifying documents, including the CDC. They were forbidden from leaving the country.

Aniket said, “We are being treated like animals, running from pillar to post. We are penniless. We have nothing. We have been seeking help to even reach out to others. Our lives are in danger. Why isn’t our mission informed of our status? We have no means to earn money since we have no documents.”

The Indian World Forum’s president, Puneet Singh, has been in contact with the five sailors and their families.

The forum has urged PM Modi to “take up the said matter with the highest authorities and direct Indian missions in Iran to provide appropriate assistance to the sufferers”.

‘Agents Trap Us’
“The forum also urged the Ministry of Home Affairs, the Ministry of External Affairs and the Ministry of Shipping to take stringent punitive action against the Recruitment and Services Placement Agents and all other accused involved in this ordeal,” according to the press release.

Meanwhile, Aniket continued in his video, “Some Indian agents trap us and send innocent people like us to Iran where we are suffering. Strict action should be taken against such unscrupulous agents. Please take this up with the Iranian government and instruct the Indian embassy to take up the matter of our repatriation.”

While the guys have been released, they lack the necessary documents, resources, and financial support to return to India.