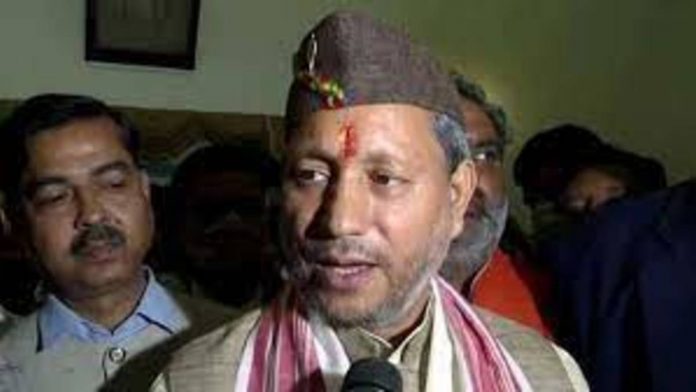 Uttarakhand Congress has predicted a “constitutional crisi” in the state as the new chief minister Tirath Singh Rawat, who was sworn in March is yet not a member of the legislative assembly.

According to the constitution leaders who are members of legislature can be appointed as ministers but they are required to secure the legislative membership within the six months of being sworn in otherwise they lose the position.

At the time when Rawat was chosen for the chief minister post he was BJP MP from the state and now he has to get elected as an MLA by September through a bypoll.

Although, the possibilities for a bypoll have been complicated by a caveat in the Representation of the People Act, which specifies that bypolls for a seat ought to be held if the officeholder elected has at least a year’s tenure to serve.

State assembly elections are due in early months of next year as the term of the current administration will end on March 23, 2022. The state Congress has said that the provisions in the Representation of People Act do not allow bypolls to be held in this situation.

“The state is heading towards a constitutional crisis. CM Tirath Singh Rawat’s six-month tenure ends on 10 September, the BJP will have no option but to name a new chief minister,” told Uttarakhand Congress MLA Nav Bharat to media.

Meanwhile, BJP has called the information “half-baked,” specialists in Indian election law say the caveat is probably not going to prove an obstacle since it is required under law for a chief minister to be an election leader. They likewise bring up that it has been done previously, in Odisha in 1999.

Tirath Singh Rawat, who was a BJP MP from Pauri Garhwal Lok Sabha constituency, was appointed the CM in March this year, replacing Trivendra Singh Rawat. Mr Trivendra had been facing an opposition from MLAs within the state BJP.

To continue working in his position beyond 6 months Tirath Singh Rawat will have to become Member of Legislative Assembly (MLA). Under Article 164(4) of the Constitution, “a minister who for any period of six consecutive months is not a member of the Legislature of the State shall at the expiration of that period cease to be a Minister”.

The Maharashtra Chief Minister Uddhav Thackeray did the same thing last year after he sworn in November 2019. But in Uttarakhand there is a unicameral legislature, that is, it only has one house – the assembly and because of this Rawat will have to be elected as an MLA to remain in his position of CM after September 10.

Rawat can attain this by getting elected through bypolls for Gangotri and Haldwani assembly seats, which have been vacant since April and June this year, respectively.