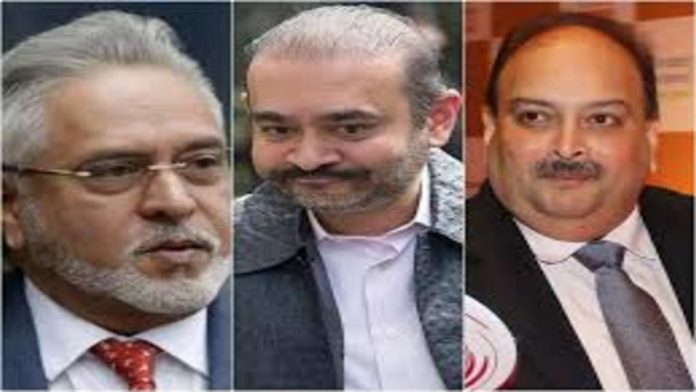 Solicitor General Tushar Mehta informed the Supreme Court on Wednesday (February 23) that the banks had been given Rs 18,000 crore in the matter of Vijay Mallya, Nirav Modi, and Mehul Choksi.

Mehta, speaking on behalf of the Centre, told a bench led by Justice A.M. Khanwilkar that the entire proceeds of crimes in the Prevention of Money Laundering Act (PMLA) cases currently before the Supreme Court exceed Rs 67,000 crore.

He went on to say that the Directorate of Enforcement is now investigating 4,700 instances, with the number of cases taken up for inquiry ranging from 111 in 2015-16 to 981 in 2020-21 during the last five years. In the cases of Vijay Mallya, Nirav Modi, and Mehul Choksi, Mehta claimed that Rs 18,000 crore had been restored to the banks.

The Supreme Court is currently examining a slew of petitions challenging the directorate of enforcement’s (ED) broad range of powers for search, seizure, investigation, and attachment of proceeds of crime under the legislation.

Mehta testified before the bench, which included Justices Dinesh Maheshwari and C.T. Ravikumar, that only 2,086 cases were taken up for investigation under the PMLA in the last five years (2016-17 to 2020-21), out of approximately 33 lakh FIRs filed by the police and other enforcement agencies for predicate offences.

Mehta underlined that anti-money laundering tactics have definitely progressed beyond the germ of narcotics or terrorism-related offences. “Furthermore, attempts to combat money laundering have continuously urged for the inclusion of the broadest spectrum of predicate offences in domestic statutes,” he continued.

Over the last few weeks, a slew of senior lawyers, including Kapil Sibal, Abhishek Manu Singhvi, Mukul Rohatgi, Sidharth Luthra, Amit Desai, and others, have made submissions to the Supreme Court on a variety of issues relating to the potential misuse of PMLA provisions added as a result of Act amendments.

The law has been criticised for a variety of reasons, including strict bail conditions, non-communication of arrest grounds, arrest of people without an ECIR (similar to a FIR), broad definitions of money laundering and proceeds of crime, and statements made by suspects during the investigation being admissible as evidence during trial.