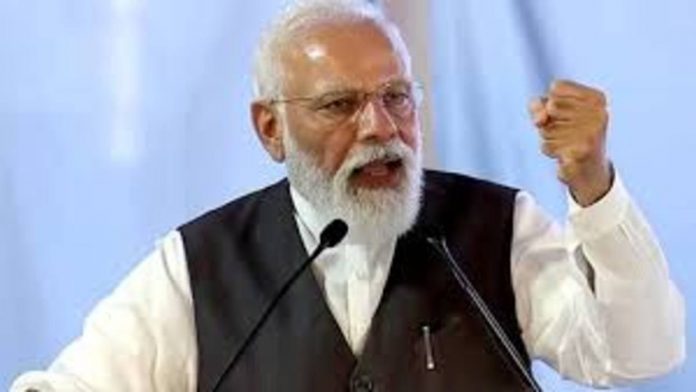 Prime Minister Narendra Modi on Tuesday at G20 Summit said Afghanistan needs to be protected from becoming source of terrorism and called for an united global response to bring the desir d change in that country.

In his address PM Modi also stressed upon “urgent and unhindered” humanitarian assistance to Afghan citizens and highlighted the need for an inclusive administration for the county.

He also said that an unified international response based on United Nations Security Council Resolution 2593 is necessary to better the circumstances in Afghanistan.

“Participated in the G20 Summit on Afghanistan. Stressed on preventing Afghan territory from becoming the source of radicalisation and terrorism,” said PM Modi in a tweet.

“Also called for urgent and unhindered humanitarian assistance to Afghan citizens and an inclusive administration,” he said further.

The UNSC resolution, which was adopted on August 30 under the chairmanship of India had talked about the need for protecting the human rights in Afghanistan and demanded for prevention of terror activities in the country. The resolution aslo stressed that a negotiated political settlement should be found out to the crisis.

The Ministry of External Affairs quoted that PM Modi has expressed that all Indians feels The pain of Afghan citizens facing malnutrition and hunger and said that the international community will make sure that Afghanistan has immediate and unhindered access to all humanitarian assistance.

“The prime minister also underlined the need to ensure that Afghan territory does not become a source of radicalisation and terrorism, regionally or globally,” the ministry further said in a statement.
The MEA also said that PM Modi has also called for enhancing a joint fight against the nexus for radicalising terrorism, smuggling of drugs and arms in Afghanistan.

“In order to preserve the socio-economic gains of the last 20 years and to restrict the spread of radical ideology, the prime minister called for an inclusive administration in Afghanistan, which includes women and minorities,” the MEA said.

“He conveyed support for the important role of the United Nations in Afghanistan and called for renewed support of the G20 for the message contained in UN Security Council Resolution 2593 on Afghanistan,” it further stated.