You can either be Gandhi fan or Netaji supporter, says Kangana 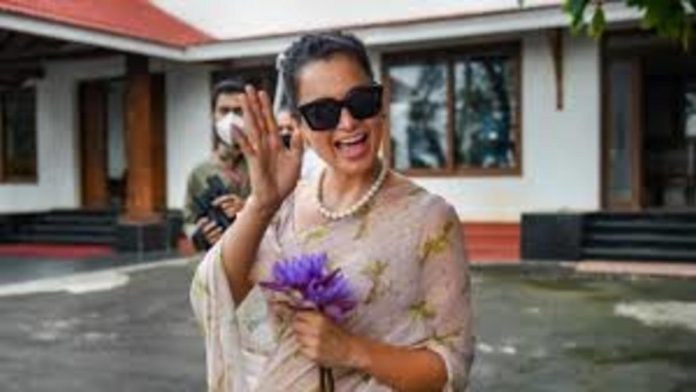 Kangana Ranaut has sparked yet another debate with her thoughts on India’s battle for independence from British domination. She claimed last week at a meeting that India’s independence was a ‘bheekh (handout)’. She stuck by her statement on Tuesday, advising people to pick their heroes wisely.

“Either you are a Gandhi admirer or a Netaji supporter,” Kangana wrote in a tweet on Tuesday, referring to an old newspaper storey. You can’t have it all; you have to pick and choose.” “Gandhi, others decided to hand over Netaji,” read an old item from the 1940s in the newspaper.

Kangana claimed that people “who had no bravery” to oppose oppression but were “power-hungry” “turned over” independence fighters to the British. “Those are the ones who taught us, if someone hits you, offer another cheek for one more slap, and that is how you will earn aazaadi,” she remarked, referring to Mahatma Gandhi. That’s not how you get aazadi; that’s how you get bheekh. Make sensible choices for your heroes.”

Gandhi, Kangana asserted, “never supported” Bhagat Singh and Subhas Chandra Bose. “So you must choose who you support, because simply putting them all in one box of your memory and congratulating them all on their birth anniversaries every year would not suffice.” It’s not just stupid; it’s also terribly irresponsible and shallow. “It’s important to know one’s history and heroes,” she remarked.

The 34-year-old Padma Shri awardee recently stated at the Times Now Summit that India’s 1947 independence was merely ‘bheekh’ (alms), and that the country gained true independence in 2014 when the Narendra Modi-led government took power. Several politicians and others slammed the remarks.

The Congress asked on Friday that Kangana Ranaut’s Padma Shri be revoked because she insulted the country’s freedom fight.