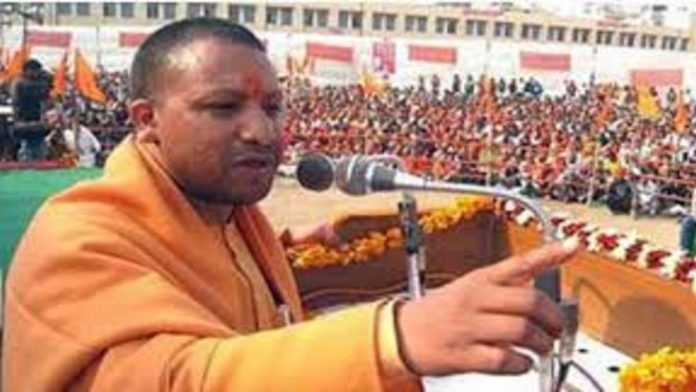 Uttar Pradesh Chief Minister Yogi Adityanath has taken a dig at the opposition leaders who according to him did not bother to come out from “home isolation” during the peak id Covid-19 pandemic. The state is up for elections in few months.

During an event in UP’s Etawah, the chief minister asked the BJP supporters to make sure that the “leaders who sat at home during Covid should be made to remain there” in the elections.

“I was among you when Covid was at its peak. If you remember, I came here twice amid the pandemic to monitor the situation and meet with frontline health professionals,” he hailed and raised his hands, following which the crowd cheered.

“But leaders of other parties were in home isolation. So they have a right to remain at home even during the elections. Make sure they stay at home,” said Mr Adityanath at the event.

“…They were busy on Twitter. So tell them, babua, Twitter will vote for you,” he said sarcastically.

However, the handling of Covid-19 by UP government was heavily criticised because due to the emergence of pictures of floating of the dead bodies down the rivers over social media showing that the crisis had gone too wrong. Despite the oxygen shortage all over the country, the shortage in UP made the condition even worse for the state government during the deadly second wave.

But the UP government claims that it handled the pandemic well and helped the hospitals and the health professionals in dealing with the situation.
The recent results of bypolls in a 29 states this week showed that the Congress had pawed back some lost ground, however the opposition’s development wasn’t adequately critical to make the BJP stressed.
Yet, in the meeting today, BJP will study thoroughly how the party is doing in states like Himachal Pradesh, West Bengal and Rajasthan.

Five states are up for assembly elections early next year — Uttarakhand, Punjab, Manipur, Goa and Uttar Pradesh. While, elections in Gujarat and Himachal Pradesh will be held later next year.