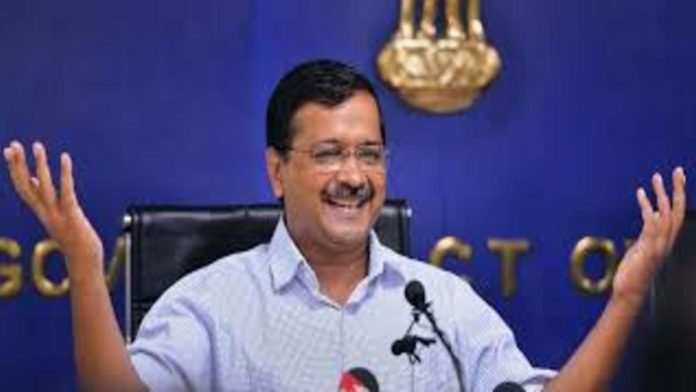 Both national parties, the Congress and the Bharatiya Janata Party (BJP), have claimed power in Uttarakhand during its 21-year existence. However, voters in the hill state have frequently expressed a strong desire for a third political option since the first Assembly elections in 2002. Because of this proclivity for a triangular struggle, newcomer Aam Aadmi Party (AAP) has a decent possibility of making waves in the next 2022 elections.

The Congress and the BJP received slightly over half of the vote in 2002, with 48 percent of the voters voting for smaller parties and independent candidates. After five years, 38% of voters favored parties other than the Congress and the BJP, which is still an exceptionally high percentage. Only a smidgeon of a percentage point fell to 35% in 2012.

Only in the 2017 elections did people clearly favor one side: the BJP received nearly 47 percent of the vote, partly due to Prime Minister Narendra Modi’s popularity. However, Modi’s popularity may be waning, since he has recently lost some of his appeal. Traditional dominant-caste support for the BJP may wane in 2022, and Muslims may seek new options as well: the other major candidate, the Congress, has never been their first choice.

All of this points to the AAP becoming a viable third force in Uttarakhand politics. Colonel Ajay Kothiyal, an ex-Armyman, has already been named as Arvind Kejriwal’s chief ministerial candidate. This is a great start for the party, especially because the two major parties’ CM candidates are still up in the air.

Regional Patterns
The state of Uttarakhand has 70 Assembly constituencies distributed over three regions: Garhwal, Kumaun, and Maidan. With the exception of Kumaun, where the Congress has a little stronger representation, the two national parties have roughly equal support across the three regions.

Other smaller parties, such as the Bahujan Samaj Party (BSP), the Samajwadi Party (SP), and the Uttarakhand Kranti Dal, also share this sentiment. This is a sign that people across the state have expressed a consistent desire to seek a third option in successive elections. Even in 2017, smaller parties in the three regions were able to obtain roughly 20% of the vote.

As a result, the AAP has its work cut out for it: capitalize on this sentiment and spark a three-way race. It may be feasible to gain support in all three regions rather than just one or two.

Angle of Caste
Even before the Congress’ defeat in 2017, the BJP in Uttarakhand benefited from the backing of powerful caste groupings such as Rajputs and Brahmins. However, the difference in overall vote share between the two parties had not been significant until then. The BJP’s excellent showing in 2017 was aided by widespread support from all caste groups.

Furthermore, survey data from the Centre for the Study of Developing Societies shows that dominant caste groups shifted even more towards the BJP in 2017, with 53 percent Rajputs and 52 percent Brahmins voting for the party (CSDS).

Given the current mood of voters in Uttarakhand, where the BJP administration has been accused of poor governance, it’s hard to rule out the prospect of a movement among dominant castes away from the party they voted for in 2017. Another element that gives AAP hope is that voters have already had negative experiences with Congress governments in the past.

Support from Muslims
Muslim voters could be a source of support for the AAP. The community, which is widely regarded as being anti-BJP, has showed no significant support for the Congress. In studies conducted by the CSDS in 2002 and 2007, less than 30% of Muslims supported the Congress. Non-BJP, non-Congress parties were the most popular.

Smaller parties, on the other hand, quickly became evident as having little chance of developing as viable alternatives. The majority of Muslims (63 percent) voted for the Congress in 2012. The huge polarization reflected a strong anti-BJP attitude, which increased to 78 percent in 2017.

If AAP continues to show potential, it has a good chance of attracting Muslim voters, as it did in Delhi. Muslims in other states have shifted their support to political parties including the SP in Uttar Pradesh, the Trinamool Congress in West Bengal, and the Rashtriya Janata Dal in Bihar.

With that being extremely likely to happen in Uttarakhand, the state appears to be on the verge of hosting a triangular competition early next year.