Will ‘Unhappy’ BCCI Continue With Skipper Kohli In Other Two Formats? 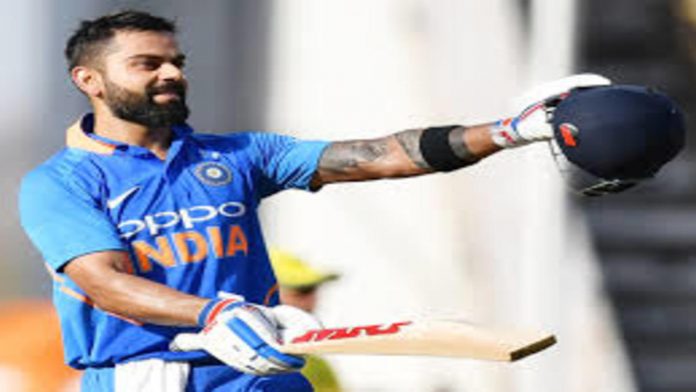 On Thursday, a senior BCCI officer pointed out an intriguing aspect of the Board’s media announcement.

“If you look at Sourav and Jay’s statements, both have congratulated but not a word uttered if he would remain the captain till 2023 ODI World Cup. So, he would remain, is a far-fetched conclusion,” he said.

Officials at the BCCI have deduced that Kohli intends to keep his 50-over captaincy until the 2023 World Cup.

However, it is reliably learned that this will not happen because Kohli has managed to alienate more people in recent months, including players, support staff, national selectors, and, last but not least, board mandarins.

Kohli has discussed extensively with head coach Ravi Shastri, who will stand down at the end of the T20 World Cup, and will now focus on his initial goal of surpassing Sachin Tendulkar’s record of 100 international hundreds.

It will be impossible for him to reach 50 Test hundreds, but with 44 in ODIs, he is well on his way to breaking the world record.

What went against Kohli – Why BCCI officials are not in favor of Kohli as ODI Captain?
According to insiders, Kohli proposed to the selection committee that Rohit be removed from the ODI vice-captaincy because he is 34 years old.

He wanted K L Rahul to take over as ODI vice-captain, with Rishabh Pant taking over in the T20 format.

“This didn’t go down well with the Board which believes that Kohli doesn’t want an actual successor,” a Board insider added.

For the time being, the Board and Selectors have chosen to award Rohit Sharma the T20 leadership, with Pant, Rahul, and Bumrah competing for T20 vice-captaincy.

“Pant is a serious contender but you can’t rule out KL also as he is an IPL captain. The darkhorse will be Jasprit Bumrah.”

According to insiders, the BCCI has narrowed down Rohit Sharma for the ODI captaincy and will make a choice after the T20 World Cup.

Why did Kohli Quit T20 Captaincy?
While workload management is an excellent reason to retire from T20 captaincy, Kohli will only command India for roughly 20 bilateral T20 games between now and 2023, excluding the World Cup.

“Virat knew that he would have been removed from white ball captaincy. If the team doesn’t do well at the UAE World T20, he was gone for good as far as white ball leadership is concerned,” a BCCI insider, in the know of things, told media.

“He just reduced a bit of pressure on himself as it would seem that he is there on his own terms. It might not happen for 50 overs if the performance in T20 hits a downward spiral,” he said.

So, don’t be surprised if the BCCI decides to relieve Kohli of his 50-over captaincy in the near future. This is Indian cricket, and fortunes change faster than anyone can keep up with.

In the event of a trophy-less T20 World Cup, Kohli may be forced to play 50-over cricket as a pure batsman.

Even in the locker room, Kohli’s deputy Rohit Sharma is regarded as a “leader” who has effectively learned to lead a young group of players, having done it year after year for the Mumbai Indians in the Indian Premier League.

Was Kohli losing grip & respect of the team?
One of the worst-kept truths in Indian cricket is that ‘King Kohli’ has not always had the full support of his teammates.

• According to those who have closely observed him, his method of operation borders on autocracy, with little space for inclusiveness.
• His lack of adaptability has often been discussed in hushed tones, whether it was fielding two spinners in the World Test Championship final at Southampton or not allowing any player to settle into the No.4 spot before the 2019 World Cup.
• Even though India lead England 2-1 in the Test series, the decision to sideline world No. 1 off-spinner Ravichandran Ashwin stood out like a sore thumb.
• Prior to the Adelaide Test against Australia earlier this year, he did wield absolute power. But the 36-hour marathon and his following paternity break changed everything.

No one would admit it, but the players felt more bonded than ever and in a really happy place after rallying to beat a full-strength Australia (unlike 2018-19), including a fantastic drew game.

By the time Kohli returned to the Indian team for the home series against England, he understood that the youngsters had matured and had proven themselves with strong individual performances.

During a casual meeting with the media, a former India player who has experienced Kohli’s early days as captain said, “Beyond the ground, Kohli is literally incommunicado.”

With dressing room drifting away, Virat Kohli quits T20 captaincy but it might not safeguard 50-over leadership
“Rohit has shades of MSD but in a different manner. He takes the junior players out for meals, gives them a friendly pat on the back when they are down and knows the mental aspects of a player’s make-up inside out,” the ex-cricketer said.

When it comes to dealing with junior players, the most common criticism levelled at Virat is that he abandons them when the chips are down.

“Kuldeep Yadav, after a five-wicket haul in Australia, went downhill. Ditto for Rishabh Pant when he wasn’t in form. Umesh Yadav, a senior bowler, who is a workhorse on Indian pitches, never gets an answer on why he is not considered till someone gets injured?”

Another cricketer who is aware of Kohli’s chop-and-change tactics stated, “he speaks about communication at media conferences but this is the truth that he has hardly hand-held any player when they needed their captain the most,”