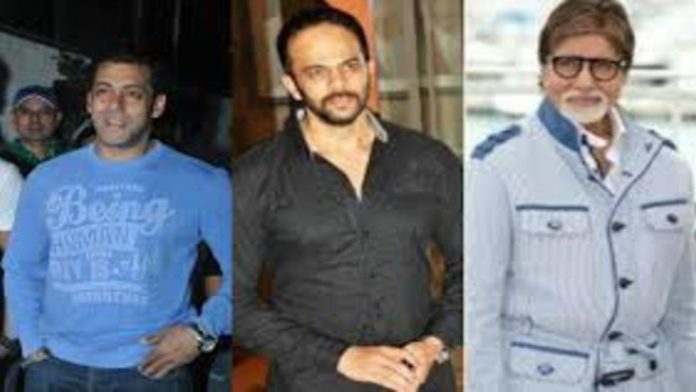 With his recent blockbuster ‘Sooryavanshi,’ Bollywood’s epitome of crafting action pictures, Rohit Shetty has once again proven that when it comes to action-filled flicks, he is the greatest. Because Rohit’s films are so engaging, every fan wishes to watch their favourite actors work with him at least once. Similarly, concerns have surfaced as to whether the director will work with Amitabh Bachchan and Salman Khan in the near future.

So, during a conversation, Rohit Shetty was asked if he would include Amitabh Bachchan and Salman Khan to his cop verse, given that both of them have performed well as cops in earlier films. “I can’t say anything right now,” Rohit stated in response to this query. Because it would be a really reckless remark on my part. Because I don’t have a narrative or a thought on the matter right now. I’ll work on it if I get such a plot, but right now we’re focused on the next ‘Singham’ feature because there hasn’t been a single Singham film since 2014.”

Rohit Shetty also discussed his future plans and which film he would like to work on right now during the same conversation. In response, the filmmaker stated that he is now concentrating on his upcoming film Cirkus, which stars Ranveer Singh. “There are numerous tales to tell. We haven’t even started writing yet. We have a basic concept for ‘Singham,’ but it will not be released in the near future. “My next film is ‘Cirkus,’ which will be released next year, and following ‘Cirkus,’ we will begin filming for ‘Singham,’ which will be released in 2023,” he stated.

Rohit’s first film, Zameen, launched his career as a director. Once he got started, the director only got a glimpse of his career with blockbuster hits like the Golmaal series, All The Best, Chennai Express, Dilwale, and many others!