Will Announce Candidates For UP Assembly Polls With Dates Of Polling, Says SP Leader Akhilesh Yadav 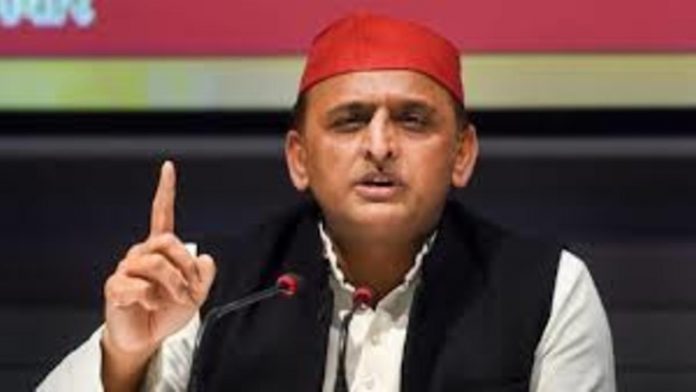 Akhilesh Yadav, the leader of the Samajwadi Party (SP), stated on Tuesday that his party will share the names of candidates for the upcoming Uttar Pradesh Assembly elections after the poll dates are announced. The SP president, speaking to the news agency, said, “In the forthcoming Assembly elections, we would field popular candidates. We’re working on it, and once the election dates are set, we’ll reveal the candidates’ names.”

The Uttar Pradesh police apprehended Akhilesh Yadav on Monday as he sat on a dharna outside his Vikramaditya Marg apartment in Lucknow after he was denied permission to travel to Lakhimpur. Prior to a visit by UP Deputy Chief Minister Keshav Prasad Maurya, he announced plans to visit Lakhimpur Kheri, where eight people were killed when violence erupted during a farmers’ protest.

On Monday morning, he sat on the dharna with party leaders Ram Gopal Yadav, MLC Anand Bhadauria, and others after security was tightened up outside his home and police trucks were positioned to block the road and limit any movement.

Hundreds of party members gathered outside the residence, and a large police presence was there. “Those who raise their voices are run over by vehicles. In the Lakhimpur affair, we want the minister and his son arrested “Reporters were briefed by Akhilesh Yadav.

A police jeep parked in front of the Gautam Palli police station, near where Akhilesh Yadav was sitting on a dharna, was allegedly set on fire by party workers.