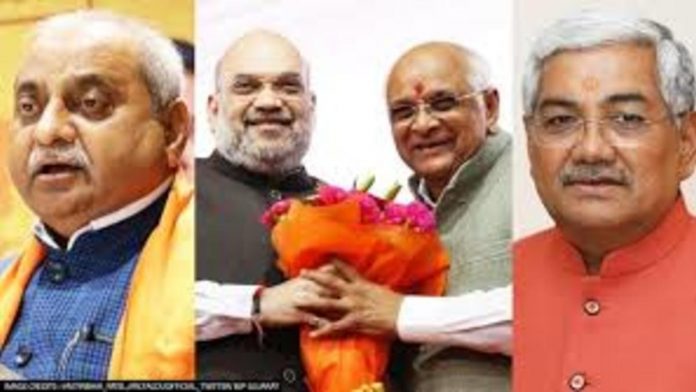 Nitin Patel, a Patidar heavyweight in the Bharatiya Janata Party (BJP), who served as deputy Gujarat chief minister in the Vijay Rupani government, did not make the cut for the Council of Ministers headed by Chief Minister Bhupendra Patel, who was appointed by the party leadership barely a year before the assembly elections.

Bhupendra Patel was given a 24-member Council of Ministers whose nominations had been approved by the BJP’s top leadership. Gujarat Governor Acharya Devvrat delivered an oath to the ministers, including 10 cabinet members.

Nitin Patel and Bhupendrasinh Chudasama, the education minister in the Rupani cabinet, were among the big names that were left out.

Nitin Patel was expelled from Bhupendra Patel’s cabinet in an ironic turn of events, only days after the former deputy chief minister’s declaration, “No one can throw me out,” made headlines. Nitin Patel made the remark lightheartedly while speaking to a crowd in Mehsana, his hometown and constituency.

Nitin Patel said, “There were many things running on TV when I was coming here. I want to tell you that till I am in the hearts of my people, voters and party workers, no one can throw me out.”

Nitin Patel expressed his disappointment at being ‘ignored’ for the Gujarat chief ministership for the third time since Narendra Modi became prime minister in 2014 “There were many others who also missed the bus. I was not the only one. So do not look at this development in that way. It’s the party which makes decisions. People make wrong speculation.”

Bhupendra Patel has two key advantages over Nitin Patel. One was his image as a protégé of former Gujarat Chief Minister Anandiben Patel, whose retirement in 2016 in favour of Vijay Rupani, a Jain, was seen as a slap in the face by the Patel-Patidar community.

Bhupendra Patel has a second advantage over Nitin Patel in that he has less experience in state politics and hence has a lower stake in factional politics. Being a trustee of the Sardardham Vishwa Patidar Kendra and having closer relationships with the Patel community as a whole were further bonuses. The trust has a lot of leverage with the Kadva Patels.

Despite the fact that Kadva Patels make up around 30% of all Patel voters, with Leuva accounting for 70%, Kadva Patels have long felt overlooked in Gujarat politics. The BJP’s selection of Bhupendra Patel for the position of chief minister was a ‘course-correction’ signal to the Patel community before of the assembly election.

Patels account for over 15% of all voters in Gujarat and are estimated to be the deciding factor in more than 70 of the state’s 182 Assembly districts.