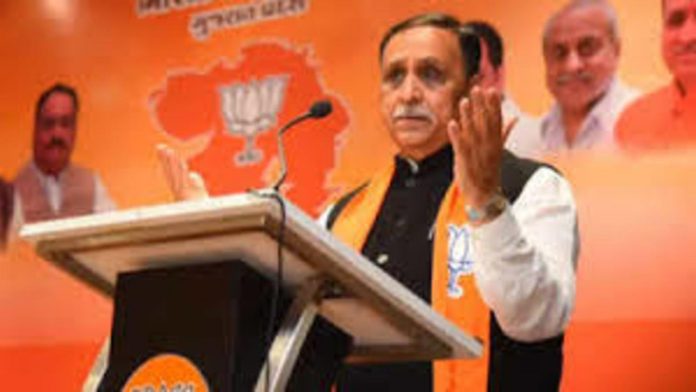 After the Gujarat Chief Minister Vijay Rupani resigned from the top post on Saturday, Union ministers Narendra Singh Tomar and Pralhad Joshi reached Gujarat to monitor the new appointment of the chief minister in the state.

The state BJP has called for a legislative party meeting at the party headquarters at 3 pm. The new chief minister would probably be elected following the meeting.

If the new chief minister is elected today then the swearing in ceremony may take place on Monday, said sources.

“We have come here to hold further discussions. We will hold discussions with the state president and other leaders,” told Narendra Singh Tomar to media.

The frontrunners who can succeed Mr Rupani to take up the position of chief minister include former Gujarat minister Gordhan Zadafia, Gujarat Deputy Chief Minister Nitin Patel, Administrator of Dadra and Nagar Haveli and Lakshadweep and Praful K Patel, the sources said.

Apart from them, the other two names who are also doing rounds to take over Vijay Rupani are Gujarat BJP chief CR Patil and Union Health Minister Mansukh Mandaviya. Although, Patil clarified that he is nowhere in the race to become the new chief minister of Gujarat.

“Vijay Rupani has resigned from his post today. Naturally, there are a lot of names in the media for the new Chief Minister, including mine. I want to make it clear through this video that I am not in any such race,” he said.

In 2016, when Anandiben Patel resigned from the top post, there was rumours that Nitin Patel would take her post and Vijay Rupani – then state BJP president, had denied being in the race to become the chief minister.

But eventually, Vijay Rupani became the new chief minister of the state after Anandiben Patel.

Today the situation is exactly the same as it was in 2016 when there was a shift in power just a year before the assembly polls.