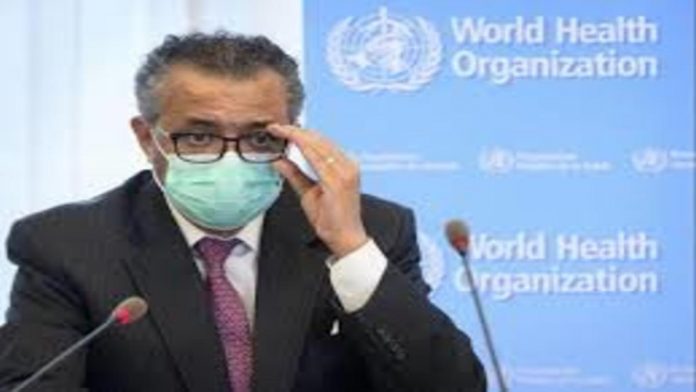 According to reports, the World Health Organization (WHO) will hold an emergency conference on Friday to discuss a possibly rapidly spreading coronavirus variant discovered in South Africa and Botswana that might render immunizations ineffective and stymie pandemic attempts.

In a technical meeting on Friday, the WHO said it is “closely monitoring” the reported coronavirus variant and will decide if it should be designated as a variant of “interest” or “concern.”

“Early investigation reveals that this variation contains a substantial number of changes that necessitate and will be studied further,” the WHO noted.

Mutation variant of serious concern
On Thursday, South African scientists announced the discovery of a new Covid-19 version with a huge number of mutations, claiming it was to blame for an increase in infections.

At a press conference on Thursday, Tulio de Oliveira, a bioinformatics professor who directs gene-sequencing centres at two South African universities, said the new variant, known as B.1.1529, had an exceptionally large number of mutations and is “obviously extremely different” from earlier versions.

The government-run National Institute for Communicable Diseases (NICD) reported that 22 people in the country have tested positive for the new variety. According to the NICD, the number of cases found and the percentage of those who test positive are “growing rapidly” in three of the country’s provinces.

Dramatically different
Many of the mutations, according to scientists, suggest the strain’s strong transmissibility and vaccination resistance, and the strain has more modifications in the spike protein than any previous Covid-19 varieties.

According to the UK Health Security Agency, the coronavirus variation possesses a spike protein that differs significantly from the one found in the original coronavirus on which Covid-19 vaccinations are based. Variant B.1.1.529 has been designated as a Variant Under Investigation by the agency (VuI).

“This is the most important variety we’ve seen so far, and urgent research is underway to understand more about its transmissibility, severity, and vaccination susceptibility,” UKHSA chief executive Jenny Harries said.

“A substantial number of spike protein mutations, as well as alterations in other sections of the viral genome, are present in this variety. These are biologically significant alterations that could alter the virus’s behaviour in terms of vaccinations, therapies, and transmissibility. More research is necessary “In a statement, the UK Health Security Agency said.

So yet, no cases of it have been found in the United Kingdom, according to the UK Health Security Agency.

According to scientists, more research is needed in the lab to determine whether the changes would result in a significant reduction in vaccine efficacy.

After genome sequencing study by the University of Hong Kong, Hong Kong confirmed two cases of the novel Covid variant.

One of the examples was a passenger from South Africa who arrived in Hong Kong. Because air travelled between the rooms, the second person was quarantined in the hotel room next door and may have been infected.

Rigorous testing
In India, Union health secretary Rajesh Bhushan wrote to all states and union territories on Thursday, requesting that all overseas travellers arriving in or transiting through Botswana, South Africa, or Hong Kong undergo “rigorous screening and testing.”

The letter stated, “It is vital for States/UTs to adhere to the overall ‘Test-Track-Treat-Vaccinate’ principle to ensure severe implementation of containment measures as per Ministry of Health and Family Welfare guidelines.”

“In light of recently relaxed visa restrictions and the opening up of international travel, it has now been reported by National Cooperative Development Corporation (NDMC) that this variant has a significantly high number of mutations, and thus has serious public health implications for the country,” he wrote in the letter.

“These international travellers’ contacts must likewise be properly tracked and tested in accordance with MoHFW norms,” the letter stated.