White Fungus Not A New Disease But A Normal Infection, Says Experts 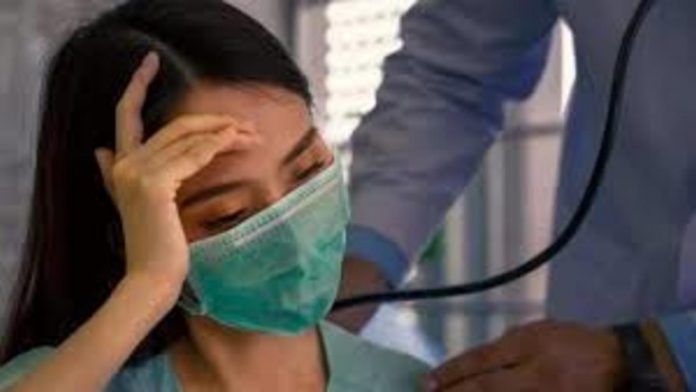 When the country is reporting rising more and more cases of Black Fungus (mucormycosis) and states one after the other are declaring it as under the Epidemic of Diseases Act, 1987 another fungal infection same as Black Fungus named ‘White Fungus’ has caused a fear. Both these fungal infections are affecting the immunocompromised Covid-19 patients.

But after talking to experts it has revealed that there is no such disease ‘White Fungus’ and the infection which is being reported is just candidiasis.

The first cases of the White Fungus were reported from Patna. Although, the Patna Medical College and Hospital has itself dismissed the reports of this fungal infection.

Now a new case of said White Fungus has now been reported from Uttar Pradesh.

“White fungus is just a myth and misconception. It is basically candidiasis, a fungal infection caused by a type of fungus called Candida. It is the most common fungal infection,” said an expert of infectious diseases, Dr Ishwar Gilada.

The experts have also rejected the claims that said that White Fungus is more dangerous than the Black Fungus.

Dr Kapil Salgia, pulmonologist from a Mumbai Hospital, who has been treating cases of Black Fungus has said that the mucormycosis is very fierce and can cause extreme damage to brain, eyes, sinuses and it requires extensive surgery.

“Mucormycosis is more dangerous because it is normally not found in the human system, and we normally do not see many cases. Candidiasis is easily diagnosed and easily treated. Most of the times, it is not life threatening, unless you miss treatment or symptoms completely and it becomes invasive,” he said.

The patients who have weak immunity, diabetes, and are getting treatment for Covid-19 with steroids are the ones who are vulnerable to candidiasis.

“When Covid-19 becomes severe in patients and they become hypoxic, steroids are one of the mainstays of treatment besides antivirals and antibiotics. That predisposes the development of a fungal infection depending on the dosages of steroids given and how long they have been given. Steroids cause suppression of immunity,” Dr Ishwar Gilada said.

Experts have also said that candidiasis is an oral thrush and “generally affects areas or parts of the body that have a thin lining, mucocutaneous junctions like lips, nose, or inside the mouth and genital area,” said Dr Gilada. He is the first person who raised awareness on AIDS in India.

Dr Gilada also said the likely warning signs for the infection may include headache, pain in one side of the face, swelling, loss of vision or diminishing vision and ulcer in mouth. A simple microscopic examination under 10 per cent KOH (potassium hydroxide) can be done to detect the infection, he added.