What Robin Uthappa Says About His First Meeting With MS Dhoni? 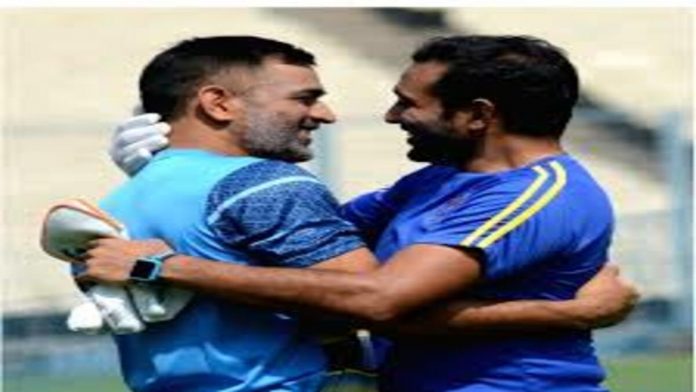 When he signed up to play for Chennai Super Kings in the Indian Premier League (IPL) 2020, India and Chennai Super Kings batter Robin Uthappa said it was tough for him to call his ‘good friend’ MS Dhoni ‘Mahi Bhai,’ adding that he walked up to the former CSK captain and spoke about his inhibition.

In an interview with R Ashwin, Robin Uthappa talked about his early days with the senior national squad and how he met MS Dhoni. Dhoni didn’t anticipate the Karnataka batter to approach him as ‘Mahi bhai,’ which was how the team’s younger members addressed the World Cup-winning former captain, according to Uthappa.

Uthappa, who made his India debut in 2006, said he first met Dhoni at a Challenger Trophy in 2004 and that the two players became close when Uthappa joined the Indian team.

“Today, it’s difficult for me to address him as Mahi bhai. Because he was Mahi, MS when I first met him,” Uthappa stated on Ashwin’s YouTube show.

“It had been 12 years since I had played with him. After being dropped from the squad in 2008, I’ve been playing with him in the same team for the past 12-13 years.

“Hey, call me MS, Mahi, or anything you want to call myself,” he said. That’s how straightforward he is. It’s just a reflection of who he is as a person.”

Furthermore, Uthappa stated that he has always found MS Dhoni exceptional and unique, even when he was not even the captain of India. Dhoni, according to the Bengaluru cricketer, spoke very little but was humorous and clever.

“I met MS Dhoni for the first time in the Challenger Series in 2004. Sridharan Sriram was a dear friend of mine. I have a true fondness for him as a person. Sree Bhai was also at the Challenger Trophy, and he was close to MS, so that’s how I met MS through Sree Bhai, though it was a quick encounter.

“MS is a very clever individual. He’s a very humorous guy that speaks off the cuff. If he likes you, he’ll continue to tease you. And if you take offence to that, he’ll stop talking to you. He doesn’t seem to enjoy insulting others. But that’s how he expresses his love.

“We met while riding our bikes. At the time, I was learning about bicycles. Those were shared passions. Food and automobiles were both popular topics of discussion.

“Everyone sat up and paid attention as he talked. That was before he was promoted to captain. He would speak up when his opinion was sought. He would only talk when he was spoken to, and when he did, everyone paid attention.”

Uthappa was a significant player in India’s T20 World Cup victory in 2007, which came under the captaincy of MS Dhoni. Dhoni even entrusted the batter with bowling in the ‘Bowl Out’ against Pakistan during the World Cup when the game was tied.

Last year, Uthappa shined for CSK, hitting game-winning runs in the qualifier and final as Dhoni’s team won the trophy for the fourth time in their history.