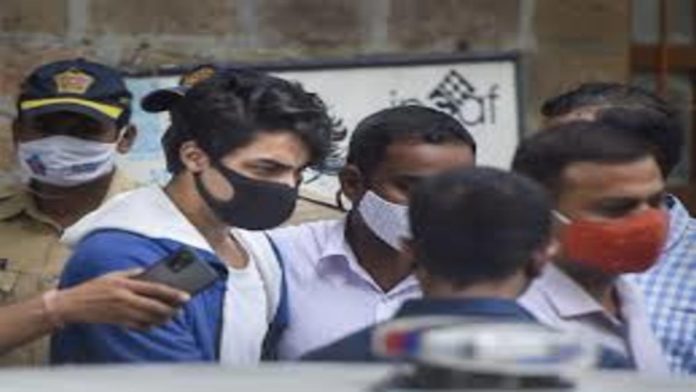 The special NDPS court has once again rejected son Aryan Khan’s bail petition with two others arrested in the Mumbai cruise drug case.

Currently, Aryan Khan is in Arthur Road Jail in Mumbai. Reportedly, his lawyer is likely to move to Bombay High Court seeking bail for his client.
In a 18-page order on Wednesday, Judge VV Patil held that by all appearances there is proof against actor Shah Rukh Khan’s son Aryan.

Judge Patil composed that however Aryan Khan was not found possessing drugs, Aryan and Arbaaz Merchantt are good buddies. They headed out together to the International Cruise Terminal on October 2 and in their intentional statement, talked about the drugs, which infers that Aryan thought about the contraband.

“Admittedly, accused nos. 1 (Aryan Khan) and 2 (Arbaaz Merchantt) are friends since long. They travelled together and they were apprehended together at the international cruise terminal. Further, in their voluntary statements, both of them disclosed that they were possessing the said substance for their consumption and for enjoyment. Thus, all these things go to show that accused 1 was having knowledge of contraband concealed by 2 in his shoes,” said the order.

“Hence, all the submissions made on behalf of applicant/accused in this regard cannot be accepted,” the order further said.

During the court session Aryan’s lawyers had asserted that since no drugs were found on him, he was not in cognizant possession of any banned substance.

From the WhatsApp chats, Judge Patil observed that “perusal of WhatsApp chats reveals that there are chats of accused no.1 (Aryan Khan) about drugs with unknown persons”.

“There is also reference of bulk quantities and hard drugs in the chats. There is prima-facie material showing that applicant/accused no 1 was in contact with persons dealing in prohibited narcotic substances as alleged by the prosecution,” the order said.

Futhermore, Judge Patil additionally wrote in the order, “The record reveals that there is incriminating material in the form of WhatsApp chat etc. which shows the nexus of the applicant/accused no.1 (Aryan Khan) with suppliers and peddlers. There are also WhatsApp chats of applicant/accused no. 2 (Arbaaz Merchantt). Moreover, accused no.1 to 8 came to be arrested on the cruise and they were found with a certain amount of contraband.”

“Respondents (NCB) had received specific information that a rave party had been organized on the cruise and the accused persons were arriving with contraband and in pursuance of the information, the raid was affected. Further, during the interrogation, they disclosed the names of persons who supplied contraband to them. Thus, all these facts prima-facie go to show that the accused acted in conspiracy with each other. It transpires that all the accused are connected in the same thread. The aspect of proving the conspiracy which deals with depth is required to be considered only at the time of trial. But prima-facie, it appears that there is a case of conspiracy and abetment as alleged by the prosecution. Hence, Section 29 of the NDPS Act is applicable,” the 18 page order said.
Earlier, the Bombay HC had denied not give bail to Showik Chakraborty because his WhatApp chats showed that he was straightforwardly dealing with drug peddlers.

Comparing with Showik’s case, Judge VV Patil said that like Showik’s case in which Section 29 of the NDPS Act was imposed for a conspiracy angle, here too it is the same case. “While dealing with conspiracy as it is a wider concept, it requires a depth of enquiry during the trial,” he mentioned in the order.

The court also said, “Prima facie there is material to indicate that the accused are part of a larger network. As held in the case of Showik Chakraborty (supra), since the accused are part of the conspiracy, each of them is liable for the entire quantity of drugs seized. Cases of each accused cannot be segregated from each other and cannot be considered in isolation.”

Showik Chakraborty was arrested by NCB in 2020 for purportedly providing drugs to late actor Sushant Singh Rajput with drugs. Chakraborty was remanded in a judicial custody on September 9 and allowed bail on December 12 last year.