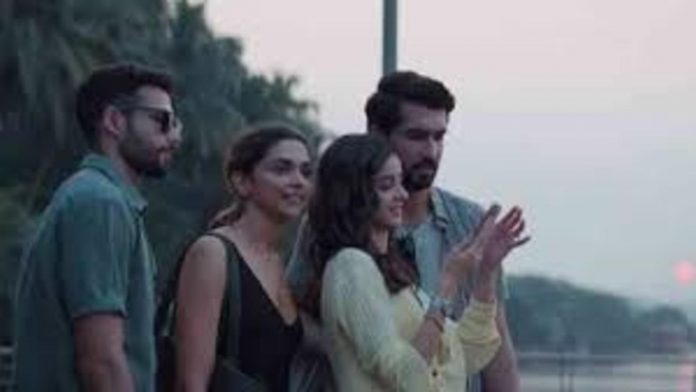 Karan Johar’s upcoming home production Gehraiyaan may appear to be an adultery drama, but it is actually a deep dive into the lives of complex characters, according to the filmmaker.

Shakun Batra, best known for directing the critically acclaimed 2016 family drama Kapoor & Sons, which was also produced by Johar under his Dharma Productions business, is directing the film.

The trailer, according to Johar, simply touches the surface of the fundamental subject, and the movie has a lot more to offer.

“We are expressing our syntax, introducing you to complex, twisted and complex characters. The trailer scratches the surface but there is a lot more than meets the eye. At the face of it, you might think it is a film about infidelity-based relationships but it is not just that. It is talking about so much more, choices and consequences of so much more,” Johar said during the virtual trailer launch event.

Gehraiyaan, according to the filmmaker, is a one-of-a-kind film.

Batra claims that his picture is unlike previous films like Shah Rukh Khan-Rani Mukherji’s Kabhi Alvida Naa Kehna and Yash Chopra’s 1976 film Kabhie Kabhie, which both dealt with the subject of infidelity.

“In those films what always used to happen is we used to talk about finding a soul mate and then call it infidelity. I don’t think love stories or relationships happen like that. It is not infidelity under the garb of finding the one or finding the true love.

“We are trying to understand and explore relationships that are outside the conventional boundaries. In today’s time how relationships unravel today, it is people looking at love differently, it is not always finding the one but what you feel in the moment,” Batra added.

With this film, the 39-year-old director, who is also a producer, thanked Johar for believing in his idea.

“He is a great mentor. We have spoken about stories that step out of the conventional romance from the first time we started to talk about films. Love over the years has been oversimplified in Hindi films and we spoke about how it was time to look at more complex relationships that step into the grey. And this is what the attempt is with ‘Gehraiyaan’,” Batra said.

The filmmaker praised the performers for enthusiastically supporting the film and seeing it for what it is.

“We were very sure we wanted to observe a relationship without the lens of judgment and Deepika saw it like that. She was the first person to come on board. Then Ananya, Sid and Dhariya happened. Then COVID-19 shoot. We had a roller coaster ride. We had multiple schedules. It is my COVID baby,” he said.

Padukone stated that she had always wished to collaborate with Batra on a project.

“I remember Shakun messaging me and saying I have this film I was in London shooting for ’83’ and he came down. Shakun was most certainly on my list. My husband keeps saying Shakun and I would make an amazing film.

“My relationship goes back to 2015 when we were attending an award function and through colleagues we were introduced and we hit it off instantly, irrespective of whether we make a film or not. I knew it would happen and it is not something I had to pursue, these things happen when they are supposed to happen. I remember saying I made a friend for life,” she said.

“We share a relationship of honesty and trust and we have promised to each other that it is how it is going to be. Also that is the reason why we were able to make such a brave film because he had trust in me and I had faith in him. I don’t think I ever doubted his sensibility.”

Pandey also expressed her delight at the prospect of working with Batra, who is one of her favourite directors.

“When Shakun and Ayesha told me the story, I went to the washroom and didn’t come in 20 minutes and they seemed scared. But I was shocked this project came to me. Shakun was on my bucket list and I was so happy and shocked that he wanted to work with me. It has been my biggest blessing,” Pandey said.

Siddhant Chaturvedi, the star of Gully Boy, was in a similar situation.

He recalls meeting Batra while narrating the script and being blown away by the story.

“There were no second thoughts. The only thing was I didn’t know how I was going to do it because we had not seen something like this. There was no reference point to the character. That’s when I knew we had to do it,” Chaturvedi said.

Karwa, who has appeared in films such as Uri: The Surgical Strike and 83, said he couldn’t have wished for a finer chance to play a leading role.

“It is gratifying. It is more than a film. I couldn’t have asked for more. First time in the lead and there is a lot of responsibility on you. But when people like you all, Shakun, Deepika, making you comfortable it takes away all the pressure. I loved every moment of it. I hope I have done justice,” the actor said.

Gehraiyaan, which also stars Naseeruddin Shah and Rajat Kapur in crucial roles, is set to premiere on Prime Video on February 11th.