What Is Patra Chawl Redevelopment Scam In Which Sena Leader Sanjay Raut Is In Custody? 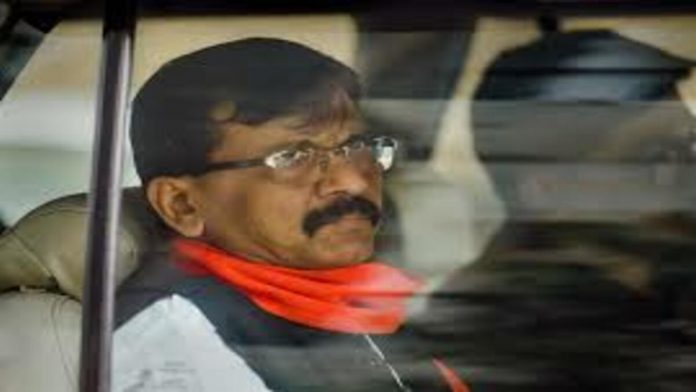 On Sunday, the Enforcement Directorate (ED) arrested Shiv Sena MP Sanjay Raut in connection with the Rs 1,034 crore Patra Chawl redevelopment scam and held him in prison until August 4. According to the ED, Raut received Rs 1.06 crore in exchange for aiding the accused in committing the scam.

India Today was able to access documents that show Raut’s friend and primary suspect Pravin Raut generated Rs 112 crore in the overall scam, of which Rs 1.06 crore was improperly transferred to the Sena leader and his wife Varsha Raut.

According to the ED, Pravin Raut transferred Rs 55 lakh from his account to Varsha in 2009, two years after the scheme was conceived. This sum was utilized to purchase a Mumbai apartment.

Later in 2011, Sanjay and his wife invested Rs 29.50 lakh in Pravin’s company, Prathamesh Developer. In less than a month, Rauts received their original investment back with an additional profit of Rs 37.50 lakh. Using this cash, a Garden Court apartment was purchased.

The ED has asserted they had statements and strong evidence that show the Shiv Sena leader participated in the plot. Pravin Raut, Rakesh Kumar Wadhawan, and Sarang Wadhawan “hatched a conspiracy to siphon off money from the project without finishing the project and jeopardize the future of 672 tenants whose dwellings had already been demolished,” the ED claims.

Rakesh, Sarang Wadhawan, and Pravin were all directors of Guruashish Construction Private Limited.

Pravin Raut is said to be a close confidant and associate of Sanjay Raut by the financial investigation agency. Being Sanjay Raut’s frontman, he used his friendship with Sanjay Raut to gain favor with MAHADA and other advantages that only they knew about. Praveen Raut has received approximately 112 crores in PoC, and it is highly likely that Sanjay Raut has received additional PoC during that time due to his influence and proximity to Sanjay Raut, according to the ED.

According to the agency, they have witness statements that prove these events.

Guruashish Constructions, a subsidiary of HDIL (Housing Development and Infrastructure Ltd), received a contract from MHADA in 2007 for the renovation of Patra Chawl (Maharashtra Housing and Development Authority).

The company sold land parcels and FSI to around eight other builders for Rs 1,034 crores but did not rehabilitate the Patra Chawl or any other units that had to be turned over to MHADA.

Along with Sarang and Rakesh Wadhawan of HDIL, who were the main defendants in the PMC bank scam case, Pravin Raut, who has since been detained by the ED, served as a director of the company.

Later on, ED filed another case and detained Pravin as a key defendant. The agency has now detained Sanjay Raut.

Sanjay has referred to all of the accusations as unfounded and described the Center and the BJP’s actions against him as a political vendetta.