What Is BJP’s Reasoning Behind Changing CMs At Last Minute Which Opposition Is Criticising? 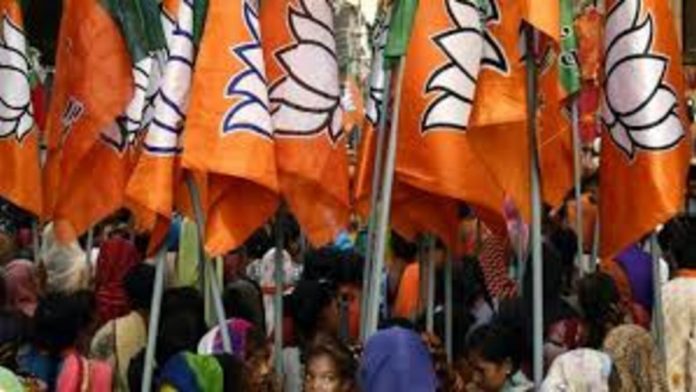 The BJP’s reasoning behind abruptly removing the chief ministers of three poll-bound states is simple: disregard the opposition’s barbs, assure the removal of chief ministers who could be a liability during the election, and instead win elections with a change of guard. Both the TMC and the Congress have criticised Gujarat Governor Vijay Rupani’s removal, but the BJP is unconcerned.

This gets us to a situation that is essentially identical in a few Congress-ruled states that are experiencing internal insurrection, with Punjab being the most obvious example. Over 32 MLAs travelled to Delhi to warn the Congress leadership that running for office under Captain Amarinder Singh would guarantee a loss. The senior brass of the Congress had a meeting, and all they could come up with was the selection of Captain’s arch foe Navjot Singh Sidhu as state president. However, this has increased the schism in state Congress, and now both groups are competing for the upper hand.

Rajasthan and Chhattisgarh, the two other states where the Congress is in control, have similar problems with infighting and one-upmanship. For the time being, the Gandhis have managed to keep the Baghel vs. TS Singh Deo conflict at bay, but it’s evident that neither guy is willing to give up any ground. The two feuding politicians are being watched, but replacing Baghel, an OBC leader, may not be easy or realistic given the upcoming elections in Uttar Pradesh, Punjab, and Uttarakhand.

It is true that Rahul Gandhi acknowledged that he had pledged a rotation system and that he believed that this should be followed through on. The decision was put on hold once Sonia Gandhi and her aides realised the political ramifications. But how long will it last? The tale of Gehlot vs. Pilot in Rajasthan is also far from over, with the long-promised and awaited cabinet reshuffle still to come, as well as an admission that replacing Gehlot who enjoys support of most MLAs may not be easy.

All of these states would eventually come to polls with a state government in disarray. Changing guard would need a great deal of guts. But it would also necessitate a strong central leadership. The strong central leadership is at the root of the BJP’s CM changes in Karnataka, Uttarakhand, and Gujarat. All of these states have seen rapid, abrupt, and unfollowed by any protests. What the Centre said was the last word.

While Congress may profess to be a more democratic body that will not impose its will on elected leaders in states, the truth is that the central leadership is unfocused, weak, and unable to flex its powers. The situation of Chhattisgarh, where Rahul Gandhi was unable to get his way, is a clear example.

At times, the central leadership must demonstrate that they are in charge and that they have the power to keep the flock together. But, bruised by defeats, the Gandhis’ stumbling decisions have only served to make them appear weak.

The past reappears to haunt us. When there were several charges that Tarun Gogoi was merciless in dealing with his party’s opponents and had developed coteries, no parallel power centre being allowed to develop, the Gandhis refused to pay heed to the complaints.

Himanta Biswa Sarma’s tale is one that must be remembered. In private, Sarma often stated that while he did not wish to succeed Gogoi as Assam’s chief minister, all he wanted was some recognition and to be named PCC chief. However, in the words of Sarma, “he preferred to spend more time to his pet Pidi than to me.” After that, the rest is history. Sarma is now Assam’s chief minister, and the Congress may be forced out of the state in the near future, with the TMC plainly coveting it. If only, as some claim, Rahul Gandhi had listened to Sarma, seen the writing on the wall, and summoned the courage to replace an unpopular chief minister.

Returning to history, the Congress did change chief ministers after YSR’s death, but these were failed attempts. No CM could equal YSR’s iron grasp, from K Rosaiah to Kiran Reddy. Today, YSR’s son is the Chief Minister of Andhra Pradesh, although he is a fierce opponent of the Congress. In fact, numerous MLAs recently told Rahul Gandhi that Narayanasamy was unpopular and that he should be replaced if Congress was to win in the polls, no decision was taken. Yet again. And Congress lost the elections.

So, while the Opposition continues to take potshots, the litmus test for any political party is its ability to win elections. If the BJP succeeds in wresting power in the three states where governors have changed, it will be vindicated. It would once again demonstrate that the Congress was caught off guard by failing to recognise the writing on the wall at the appropriate moment, and that the Gandhis cannot be accused of giving priority to winning.