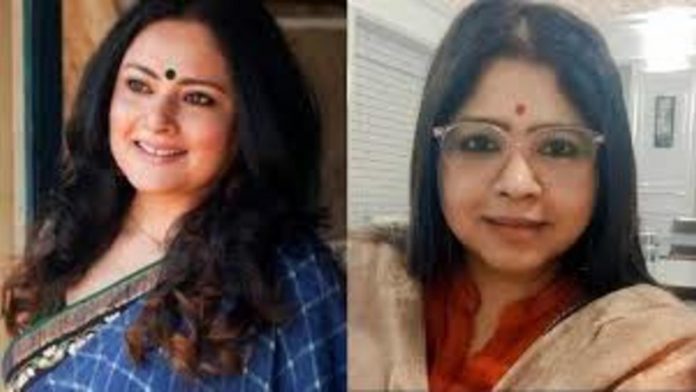 On one side, there’s a macho film hero from the past—Shatrughan Sinha, whose famous dialogue ‘Khamosh’ can still hold audiences spellbound—and on the other, there’s a popular playback singer and former Union minister—Babul Supriyo, with his swagger and history of courting controversy. Two spirited BJP opponents are pitted against these strong Trinamool Congress (TMC) candidates: fashion designer-turned-politician Agnimitra Paul and former news anchor and eloquent party spokesperson Keya Ghosh. It’s as if the West Bengal bypolls on April 12 have devolved into a battle of the sexes, with Sinha vs Paul for the Asansol Lok Sabha seat and Supriyo vs Ghosh for the Ballygunge assembly seat.

There are two major reasons for the BJP’s selection of Paul and Ghosh. First, the party was unable to secure any political heavyweights or veterans to run against the TMC’s impressive slate of candidates. Second, women make up nearly half of the electorate in Asansol and Ballygunge, and the party hopes to capitalise on this by fielding female candidates.

With her large red bindi, vermilion in the hair parting, and cotton and handloom saris, Paul made an impression during the assembly election campaign last year. She campaigned extensively, portraying herself as a ‘traditional Hindu naari,’ with a vermilion tilak on her forehead on many occasions. Clearly, the symbolism was intended to appeal to Hindu sentiment. Paul defeated the TMC’s Saayoni Ghosh in the Asansol South assembly seat by 1,800 votes.

In Ballygunge, Ghosh, who handles the media and represents the BJP in various TV debates, has an intriguing contest planned. Analysts question the TMC’s choice of the Jai Shri Ram-mouthing Supriyo as its candidate, given the constituency’s 40% Muslim population. In 2019, he declared the chant to be the “people’s voice” against Mamata Banerjee and her party, rather than a religious or political slogan. Saira Shah Halim of the CPI(M) is expected to win a large share of the Muslim vote this time. Her husband, CPI(M) leader Dr. Fuad Halim, has done a lot of work among the poor in Kolkata, which helps. Halim, on the other hand, came in third place as the Left candidate for Ballygunge in the 2021 assembly election. According to analysts, the situation was different back then. To keep the BJP out of power, Muslim votes had coalesced behind the TMC. There is no longer any such compulsion. Furthermore, many people believe that the TMC’s induction of certain BJP candidates who failed in the assembly elections has blurred the lines between the two parties.

Sinha, like Supriyo, may have to deal with his BJP history, which includes his time as a Union minister. Is it true that fielding them puts the Trinamool at a disadvantage? Since the bypolls in September last year, the BJP’s performance in Bengal has deteriorated. In the assembly elections, the party received 38% of the vote. The BJP received only 13.3 percent of the vote in the assembly bypolls in Bhowanipore, Khardah, and Dinhata in September. In the December 2021 elections for the Kolkata Municipal Corporation, it was 9%, and in the recent elections for 108 local bodies, it was around 13%.

After Supriyo resigned as the party’s Lok Sabha MP last year to join the TMC, a bypoll was called in Asansol. It was the death of MLA and TMC minister Subrata Mukherjee in Ballygunge. Because the TMC has fielded saffron defectors, both seats are prestigious for the BJP. For the BJP’s Paul, however, Asansol will be anything but a stroll in the park. The TMC has made a comeback in this city, winning 91 of the 110 municipal wards in recent civic elections. While Paul won the Asansol assembly seat, the Trinamool won the six other constituencies that make up the Asansol Lok Sabha segment. Shatrughan Sinha may have it easy in this election unless Muslim voters unite against him.

In the eyes of Ballygunge, Ghosh is a political newcomer. She is running for the first time and is unburdened by expectations. She’s a good orator, and the BJP may reward her with a decent party post in the future for agreeing to run for a seat that appears to be more favourable to the Trinamool. After all is said and done, the BJP can only blame itself if the bypoll results go against it, considering how it is battling infighting, appears chaotic, and lacks the passion to take on the TMC government on issues in the state. However, if that happens in Asansol or Ballygunge, Bengal’s politics could be sent into a new whirl.