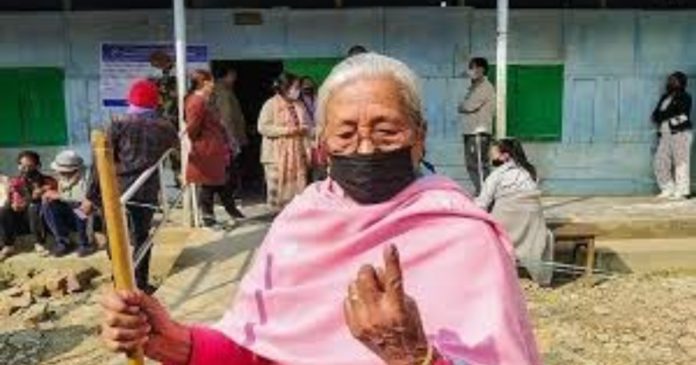 In Manipur’s first of two phase elections, 78.03 percent of eligible voters cast ballots, deciding the fate of 173 candidates. Imphal East, Imphal West, Bishnupur, Churachandpur, and Kangpokpi were among the 38 constituencies that participated in the election. There are 60 assembly seats in the state.

The polling took place from 7 a.m. to 6 p.m. At the eleventh hour, those who have been diagnosed with Covid-19 or are under quarantine were allowed to vote.