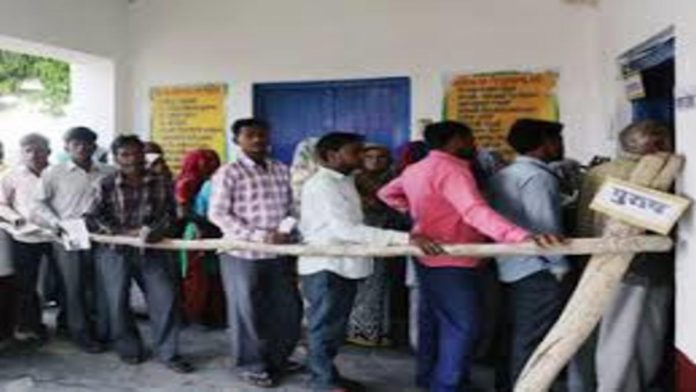 Despite higher voting turnout in four districts out of nine in Uttar Pradesh’s Terai, Bundelkhand and Avadh’s regions and all time high in Lucknow with 61% voting, the voting turnout in 4th phase of polling in state went lower than in 2017.

The voting turnout in 59 constituencies on Wednesday stood 60% which was record lower than 62% in 2017.

The other districts which surpassed the previous elections include Rae Bareli, Pilibhit and Fatehpur. Pilibhit’s performance was the highest with 67% and Lakhimpur with 65%, where eight people including four farmers were killed in October last year.

Districts like Unnao had a below than average turnout of 55%. Hardoi, where Prime Minister Narendra Modi lobbied for BJP on Sunday, performed 57%. Fatehpur’s 57.9%, however below the normal for the fourth stage, surpassed its 2017 figure.

While in Sitapur, minimum five seats recorded a normal plunge of 6.9%. Sri Nagar voting public of Lakhimpur Kheri enlisted a 11% drop in turnout, timing 60% till 5 pm against 72% in 2017. In Lucknow area, seats like Bakshi-Ka-Talab (9.5%) and Mohanlalganj (8.83%) recorded the most elevated fall in rate among the nine seats.

However, the Election Commission said that voting on large scale was peaceful but Samajwadi Party has requested for repolling on few seats saying there were irregularities areas like Lucknow, Hardo, Sitapur and Unnao.

AIn 2017, in voting of these 59 seats which underwent polling on Wednesday, the BJP had won 51, SP won four seats, BSP three and BJP ally Apna Dal (Sonelal) just one seat.