Vehicle Ran Over Farmers Was Neither Drove By Union Minister Himself Nor His Son, Claims Ajay Mishra 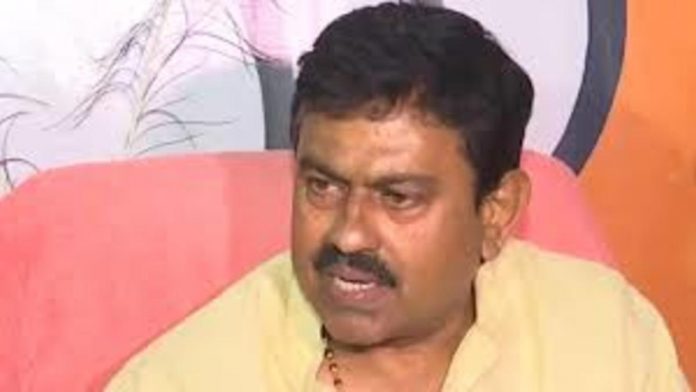 The vehicle witnessed running over farmers, reportedly igniting the clashes, was absolutely his, according to Union Minister of State Ajay Mishra, whose son Ashish is identified in the police complaint into the tragic rioting in Uttar Pradesh that left eight people dead over the weekend. The minister, on the other hand, claimed that neither he nor his son were present at the time of the occurrence.

“From Day One, we have been clear that the [Mahindra] Thar is ours, which is registered in our name. And the vehicle was going to receive someone after picking up our workers. Our son was at another venue. From 11 am till the evening, he was organising another event. My son was present there, there were thousands there. There are photos and videos. If you take out his call records and CDR, location… can check all. Thousands of people are willing to give an affidavit also that Ashish Mishra was there,” Ajay Mishra told in an interview.

“As far as the vehicle is concerned, I was clear that my driver was killed, two workers were killed. One worker escaped, three workers are injured, and after that, the car stopped there. After that, the car was pushed and the vehicle and another Fortuner was burnt. Such people can’t be farmers. These are extremists hidden amongst farmers,” he said.

The minister’s statement came on the same day that a video purporting to show the minister’s SUV driving over farmers chanting slogans in Lakhimpur Kheri, Uttar Pradesh, was extensively shared on social media, including by Varun Gandhi, a ruling BJP MP.

The authorities have yet to verify the video, which has gone viral on social media. We are unable to independently confirm its veracity. It’s also not clear who’s in the driver’s seat based on the pictures. The demonstrators were allegedly ploughed over by an SUV driven by Ashish Mishra, according to the farmers.

A group of farmers protesting in the Tikonia district of Kheri attempted to prevent Mr Mishra and Deputy Chief Minister Keshav Prasad Maurya from coming. The protesters were enraged by Mr Mishra’s recent remarks.

When asked about his remarks in which he mentioned “Face me, it will take just two minutes to discipline you fellows”, which appeared to enrage farmers prior to Sunday’s violence, Ajay Mishra replied his remarks were misconstrued.

“If you look at the full speech, it was given in a gathering of farmers. On September 25, in front of a gurudwara, I had made that speech in a gathering of farmers and in that, I had spoken of people who tore the posters at night, and it was said that these people can’t be farmers. Who tore the pictures of Bharat Mata, the PM, our hoardings before a Kisan sammelan? They are rowdy, violent. And there should be action against these violent people. That’s what I said, that you better reform, or else the state and the administration will fix you through its laws,” Mr Mishra said.

The minister refused to clarify whether or not he had been questioned by the cops.

Speaking about his son’s name in the FIR, he said, “Police did not add his name to FIR. They were made to add by people who gave the complaint. In the complaint, he is mentioned. This is a matter of investigation, it will all get clear after investigation. I have clearly told you we have proof. It is not without evidence that we are saying. There is a 3-4 km distance between the site of the incident and the event venue. He was continuously at the event venue. He did not go to the scene, neither did I.”

Mr Mishra denied he was under any kind of pressure to step down after the incident. “Why would I [resign]? There is no pressure on us, We will investigate this, and those involved, who conspired, will take action against them,” he said.