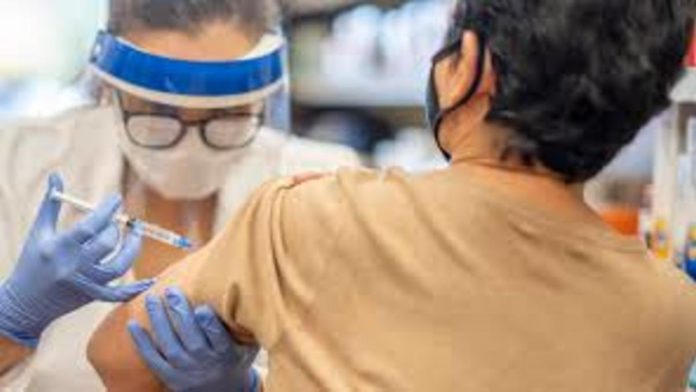 The Centre has said that due to widespread vaccine coverage, the proportion of deaths in active cases during this year’s surge is lower than last year’s second wave, highlighting the importance of vaccination in preventing severe illness and deaths from Covid-19.

In a comparison of important indicators between the second and third surges in India, Union Health Secretary Rajesh Bhushan claimed that on April 30, 2021, there were 3,86,452 new cases, 3,059 deaths, and 31,70,228 active cases, with a 2 percent share of fully vaccinated people.

On January 20, 2022, there would be 3,17,532 new cases, 380 deaths, and 19,24,051 active cases, with 72 percent of persons properly vaccinated, he stated. “So it shows that deaths as against active cases have been significantly fewer in the third wave of the COVID-19 pandemic than the second wave, while the vaccinated population has increased significantly from the second to third wave,” Bhushan said.

“I want to tell you that vaccination is effective. The disease remains mild and in moderate levels in fully vaccinated individuals,” Bhushan said as he urged those who have not yet taken their first vaccine dose to take the shot and those who are overdue for their second dose to get fully inoculated.

Meanwhile, ICMR Director General Dr. Balram Bhargava stated that the use of home tests to detect Covid-19 has increased during the current surge, with 2 lakh tests used in the previous 20 days compared to 3,000 in the entire year of 2021.

“Testing commodities are in plenty, whether it be for RT-PCR, whether it be for rapid antigen tests or for home antigen tests, or ancillary equipment like viral transport medium or RNA extraction kits. What is important is that we have noted an increasing in uptake of home tests,” he said. “In the whole of last year, only 3,000 home tests were recorded and in these 20 days, we have seen two lakh home tests which have been used,” Bhargava said.

Few districts and states are experiencing a drop in test performance, according to Union Health Secretary Rajesh Bhushan, who added that 1.64 lakh genomes had been sequenced.

ICMR Director General also said, “The current surge in India is not witnessing an increase in severe illness and death because of high vaccination uptake. However, we have to remember one point, those with comorbidities should monitor their health and avoid complications.”

“To summarize vaccines, prevent death and therefore is a must,” he said. He added that the overall test performance in the country is being maintained at a level comparable with the second wave.

Chandigarh, Himachal Pradesh, Delhi, Haryana, Telangana, and Andhra Pradesh are among the 12 states and union territories that have given the first dose of Covid vaccine to 100% of the adult population. On the number of samples being genome sequenced so far, Bhushan said the figure is 1.64 lakh genomes and it is a good number even in comparison to western countries.