US Warns China For Spreading False Information Amid Russia-Ukraine Crisis 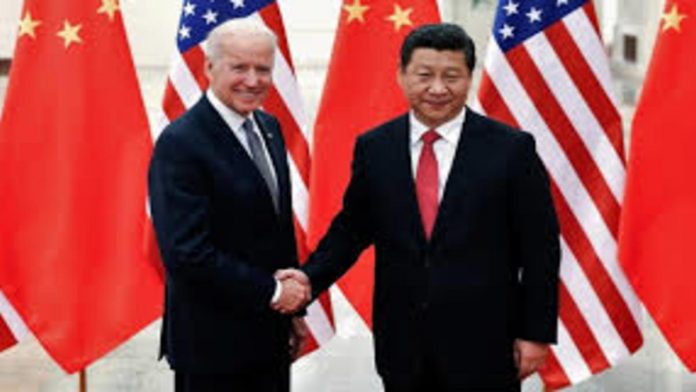 The US issued a warning to China after Western reports citing US sources said that Russia had approached China for military weapons to be used in Ukraine.

US WARNS CHINA
Jake Sullivan, the US National Security Advisor, urged China against assisting Russia in evading global sanctions that have battered the Russian economy, as well as providing military assistance to Moscow in its assault on Ukraine.

CHINA SAYS ‘FALSE NEWS’
China’s Ministry of Foreign Affairs has now accused US officials of disseminating falsehoods with “sinister purpose” in reaction to the revelations.

“The US has been disseminating false information about China on the Ukraine problem lately with evil motives,” Zhao Lijian, a Chinese foreign ministry spokesman, said on Monday in response to a foreign reporter’s inquiry on whether China would provide armaments to Russia.

“On the Ukraine problem, China’s stance is consistent and clear, and we have always played a positive role in advocating peace and fostering dialogue,” he continued.

WHAT HAS RUSSIA SAID
Russia said on Monday that it does not need China’s assistance.

“No, Russia has the capability to continue the operation, which, as we have said, is unfolding according to plan and will be finished on schedule and in full,” said Dmitry Peskov, a spokesperson for Russian President Vladimir Putin.

LATEST IN RUSSIA-UKRAINE WAR
On Monday, Russian President Vladimir Putin’s soldiers intensified their attack on Kyiv, shelling the suburbs and outlying towns of Irpin, Bucha, and Hostomel with artillery and mortars.

Since the Russian invasion started on February 24, the UN human rights office has recorded the deaths of at least 636 people in Ukraine, including 46 children.

On Monday, Russia’s defence ministry stated that a Ukrainian missile had killed at least 20 people and injured 28 others in the eastern Donetsk region’s city, Donetsk.

In the fourth round of discussions between the two countries, Ukraine claimed it conducted “hard” talks with Russia on a ceasefire, quick army withdrawal, and security assurances on Monday.