UP Votes For Last Phase Today, 3 Days Ahead Vote Counting 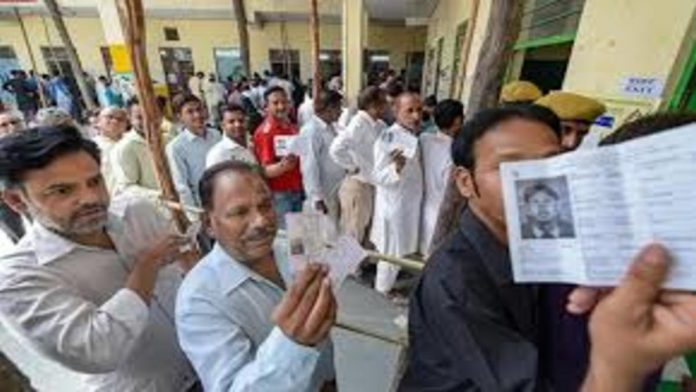 With all eyes on the electoral contest in and around Varanasi, Prime Minister Narendra Modi’s Lok Sabha constituency, the Uttar Pradesh elections have entered their final phase. Varanasi and its eight neighbouring districts will vote in the seventh and final round on March 7.

Cabinet Minister Anil Rajbhar’s fate to be sealed
Many key ministers in the Yogi Adityanath-led UP government will have their electoral fate decided in the seventh round. Backward Classes Welfare Minister Anil Rajbhar, Culture Minister (Independent Charge) Neelkanth Tiwari, Housing and Urban Planning Minister Girish Yadav, and Minister of State (Independent Charge) for stamp, court fee, and registration department Ravindra Jaiswal are among the senior ministers on the list.

BJP rebel Dara Singh Chauhan also in fray
The fortunes of BJP dissidents like former Cabinet Minister Dara Singh Chauhan, who is currently running as an SP candidate, will also be decided in the final phase. Durga Prasad Yadav is another significant contender running in the seventh phase of the election. Alambadi Azmi, Shailendra Yadav from Lalai, Vijay Mishra, Omprakash Rajbhar, Tufani Saroj, Dhananjay Singh, and gangster Mukhtar Ansari’s son Abbas are among the other well-known candidates.

Azamgarh and Vindhyachal regions would be included in the final round of election, in addition to Varanasi. Azamgarh, Mau, Jaunpur, Ghazipur, Chandauli, Varanasi, Mirzapur, Bhadohi, and Sonbhadra are among the 54 seats up for election on March 7.

In a tight election struggle with the Samajwadi Party in particular, the BJP has to win a majority of seats out of the 54 constituencies in the final round to maintain its dominance in the 2024 general election. In 2017, the BJP-led alliance won all eight assembly segments in Varanasi, as well as the majority of seats in the surrounding districts, riding on the “Modi wave.”