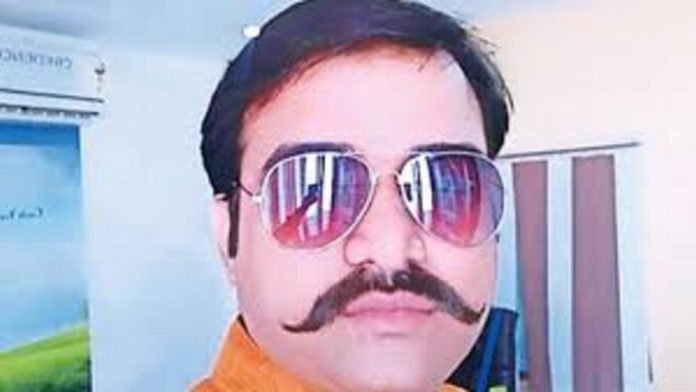 The Uttar Pradesh government ordered a CBI investigation into the unexplained death of a Kanpur-based businessman in a Gorakhpur hotel on Friday (October 1).

The UP government has made the proposal to the Centre, and the SIT created by the Uttar Pradesh Police would continue the probe till the CBI takes over the businessman Manish Gupta’s death case.

The 36-year-old businessman died on Monday night after being hurt during a police raid in a Gorakhpur hotel. During the raid, Gupta’s family claims he was beaten to death by cops.

On Wednesday, six police officers were charged with murder in connection with his death. The accused police officers allegedly opened the door to the hotel room in the name of checking and severely beaten Manish Gupta, who later died as a result of his injuries. The UP police had previously disputed the accusation, claiming Manish suffered a head injury after falling to the ground owing to intoxication.

Meenakshi, the wife of Manish Gupta, had alleged her husband died after police assaulted him. “My husband was murdered in that hotel, he was killed by a policeman. There was no blood on the scene even though my husband was beaten bloody. Two of his friends said that there was blood everywhere, but the hotel staff cleaned it up,” she had told the reporters.

Meanwhile, the Uttar Pradesh government has appointed Meenakshi Gupta to the Kanpur Development Authority as an officer on special duty (OSD). The UP government said in a statement that the chief minister has decided that financial assistance to the bereaved family be increased to Rs 40 lakh.

CM Yogi Adityanath met with relatives of the Kanpur businessman during his Kanpur visit on Thursday, following which the Chief Minister’s Office announced a job for Gupta’s wife and an ex-gratia payment of Rs 10 lakh, despite opposition criticism.

Akhilesh Yadav, the head of the Samajwadi Party (SP), who also paid a visit to the businessman’s home on Thursday, urged that the incident be investigated by the CBI under the supervision of a sitting high court judge.