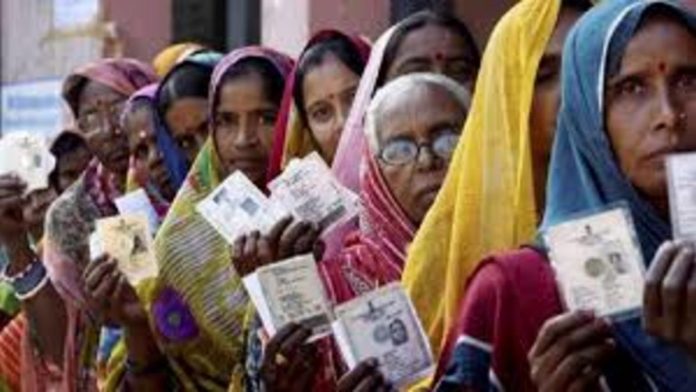 As the election approaches the penultimate round, voters in 57 assembly constituencies spanning ten districts in eastern Uttar Pradesh will decide the destiny of 676 candidates, including Chief Minister Yogi Adityanath, who is running from his home turf of Gorakhpur.

Gorakhpur Sadar has been a BJP stronghold for about 31 years, and Yogi Adityanath, who has served as an MP in Gorakhpur on many occasions, will be running for the first time in the assembly election there. He was elected to the state Assembly through the Legislative Council in the 2017 election.

The BJP won 47 seats out of a total of 61 in the 2017 election. The Samajwadi Party and the Bahujan Samaj Party, on the other hand, received only two and five seats, respectively. One seat each went to the Congress, Apna Dal, and Suheldev Bharatiya Samaj Party (SBSP). In the districts of Balrampur, Siddharth Nagar, Basti, Sant Kabir Nagar, and Gorakhpur, Mayawati’s BSP was the main opposition to the BJP.

Tulsipur, Gorakhpur Rural, and Padrauna have the most candidates, while Salempur has the least.

Other Key Contestants
Subhavati Shukla of the Samajwadi Party, the wife of former BJP vice-president Late Upendra Dutt Shukla, is one of the key opponents of Yogi Adityanath. Bhim Army Chief Chandrashekhar Azad is the Azad Samaj Party’s candidate for the seat. Khwaja Shamsuddin of the BSP and Chetna Pandey of the Congress are the other candidates for the seat.

Ajay Kumar Lallu, the state Congress president, is running in the Kushinagar district’s Tamkuhi Raj constituency, while Swami Prasad Maurya, who switched from the BJP to the SP weeks before the election, is running in the Kushinagar district’s Fazilnagar constituency. Ram Govind Chaudhary, the Leader of the Opposition in the Uttar Pradesh Legislative Assembly and a senior Samajwadi Party leader, is running for the seat of Bansdih in the Ballia district.

Criminal Cases Against Candidates
According to the Association for Democratic Reforms (ADR), 23 percent of the 670 candidates running in the sixth phase had major criminal charges against them, including rape and murder.

253 (38 percent) of the 670 contestants are crorepatis. Each contestant in phase 6 has an average asset of Rs 2.10 crore. The fact that all major political parties have provided tickets to affluent candidates demonstrates the influence of money power in the election, according to the research.