UP CM ‘Must Have Realised He Has Dropped Catch’, Says SP Chief Akhilesh Yadav Mocking At BJP 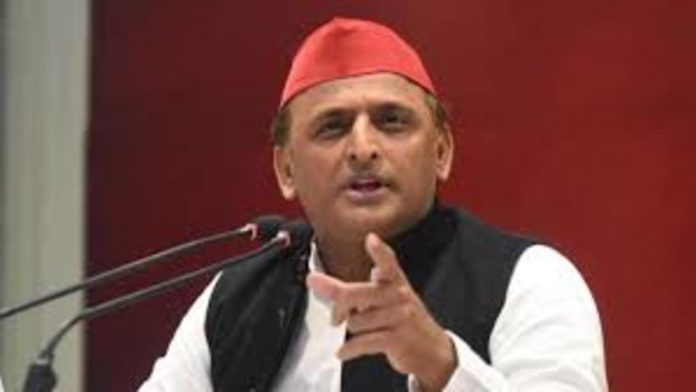 Former UP cabinet ministers Swami Prasad and Dharam Singh joined SP on Friday, along with five BJP and one Apna Dal MLA, signalling a churning that could force politicians to rethink their caste policies ahead of the next state assembly elections.

The SP head stated as much, calling Maurya, Saini, and the other MLAs’ decision to join his party as a move that will disrupt the BJP’s caste arithmetic in the polls.

He used a cricket analogy to mock the BJP’s “80 percent vs 20 percent math”: “The way wickets are falling on that side, the chief minister must have realised he has dropped the catch.” Now it appears that he will also need to get tutoring from a maths teacher.”

Dara Singh Chauhan, the third minister to resign from Yogi’s government recently, is expected to join SP on Sunday, according to sources. After party followers, ex-ministers, MPs, and MLAs attended the induction ceremony at its HQ, police filed a FIR against 2,500 SP members for breaking Covid restrictions on public gatherings and the EC’s rally prohibition.

There were traffic jams as a result of the rush. The gathering was in violation of Section 144 of the CrPC as well as sections of the epidemic law, which had been enacted in response to an increase in Covid cases. Rallies are prohibited until January 15, according to the EC. Following its partnerships with smaller parties and the addition of several MLAs, Akhilesh declared that “80 percent people are standing with SP” at an event that was meant to be “virtual” with minimal participation.

“After hearing Maurya ji, the remaining 20% will vote against them (the BJP government),” he predicted. He was replying to Uttar Pradesh Chief Minister Yogi Adityanath’s recent remarks that the political conflict in the state has “devolved into an 80-versus-20 fight.” His remarks were interpreted as an attempt to polarise voters by contrasting the 80 percent dominant community with the 20% minority community.

Later, he emphasised that he was referring to those who are 80 percent positive, with the other 20% supporting terrorism and the mafia. Maurya, for his part, accused the government of using scheduled castes, scheduled tribes, and backward castes to construct a government in Uttar Pradesh that he claimed was ruled by the privileged caste.

The 68-year-old politician stated that SP is now prepared to defeat BJP in the caste arithmetic with patriarch Mulayam Singh Yadav’s “Charkha Dao.” Mulayam was famed as a child wrestler for his “Charkha Dao,” which allowed him to pull an opponent off his feet, twist him around, and toss him to the ground. Maurya criticised the BJP right once, claiming that the party “caters” to 5% of the upper caste, while neglecting the votes of 23% of scheduled castes and tribes and 54% of the backward classes.

“When it comes to elections, the BJP speaks about bringing in 80 percent Hindus, but once the government is formed, only 5 percent upper caste malai khate hain (enjoy the fruits).” He claimed that the BJP leadership “used to say Keshav Prasad Maurya or Swami Prasad Maurya will become CM” before the 2017 assembly elections, but that when the time came, “they tried to drop a Skylab from Ghazipur and then eventually dispatched one from Gorakhpur.” Prior to the 2017 assembly elections, Maurya joined the BJP.