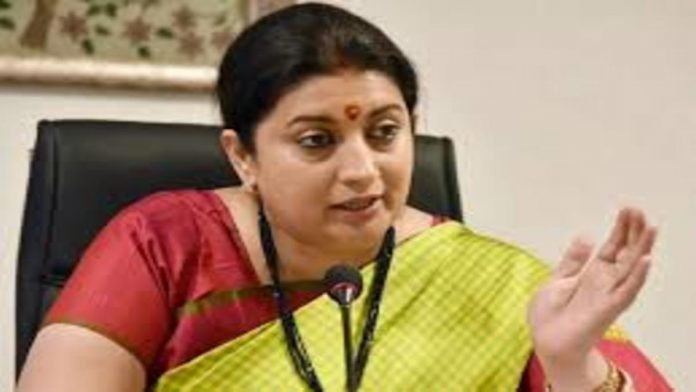 “In UP, the election would be fought on the issue of development and we expect that there will be policy and development-led discussions, strengthening the democracy,” said Ms Irani, taking out a dig at the Congress slogan for upcoming UP elections.

“I am not saying in politics and democracy, people should not try. Winning and losing is part of politics. I also lost in 2014 but the question is how much belief do the people have in your efforts,” she further said.

“Do people have that sentiment towards that person?” she asked,  pointing out Rahul Gandhi.

She also said that women leaders are not meant to take care of only women in the society.

“When we talk about women leaders why do we say women leaders must work only for women, why don’t we say that for men too,” she questioned.

“When we give constitutional responsibility to someone, one’s responsibility is also that one works as much for men, children and elders as one does it for women,” the Union Minister stressed.

Talking about the gender gap in India, the Union Minister said India is the country in which there are highest number of women working in political offices in the world.