Ukraine-Russia To Create Humanitarian Corridors For Refugees Amid Conflict Situation 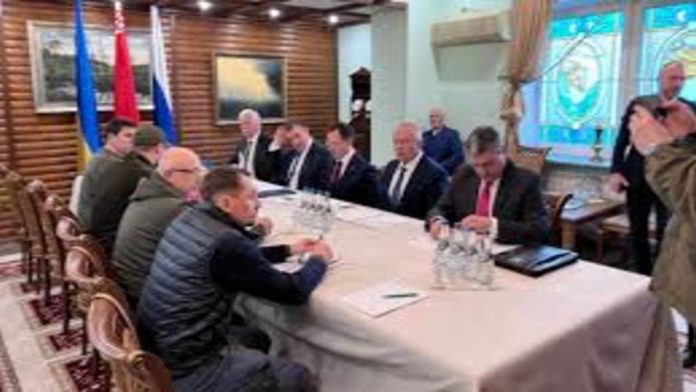 Ukraine and Russia have finally decided to create humanitarian corridors for the citizens escaping the war because Russian President Putin said Moscow’s advance was “going to plan” and to organize.

This decision is the only progress from the second round of talks between the two countries. However, it is not clear how they are suppose to work, said an adviser to Ukraine’s President Volosymyr Zelensky. While a Russian diplomat, nationalist lawmaker Leonid Slutsky confirmed the decision and it will be executed soon.

President Putin in a televised address on national security council meeting said that Russia was rooting out “neo-Nazis” and he “will never give up on (his) conviction that Russians and Ukrainians are one people.”.

As per a Kremlin earlier, he told French President Emmanuel Macron that he “intends to continue the uncompromising fight against militants of nationalist armed groups”.

Ukraine President Zelensky has repeated a call toward the West to up its military help, saying “If you do not have the power to close the skies, then give me planes!” he said at a news conference. “If we are no more then, God forbid, Latvia, Lithuania, Estonia will be next,” he said, adding that discussions with Putin were “thd only way to stop this war”.

At least 33 people have lost their lives on Thursday after Russian troops attacked the residential regions, including a school and an apartment, in the northern city of Chernihiv, said officials.

The United Nations has launched an investigation into Russian invasion in Ukraine, as attacks continues prompting people to cross borders to seek shelter.

The European Union is also likely to permit a protection mechanism for the people escaping Ukraine to seek shelter. The number has gone to 1 million. It has also set up a humanitarian hub in Romania, said officials.