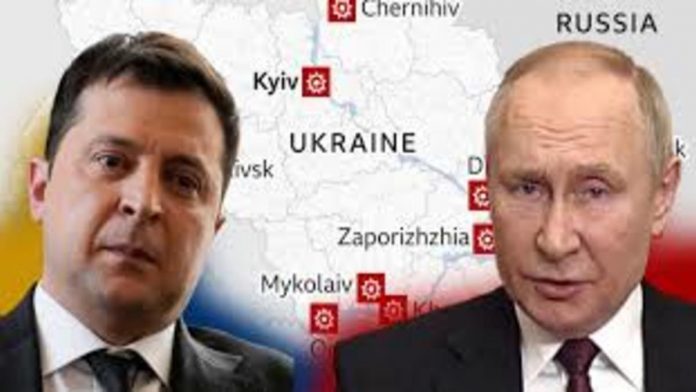 As protests against Russia’s invasion across borders rises, Ukraine holding strong against the attacks and retaining control over the cities has now started talking with Russia to find a way forward.

The talks are being held at Ukraine and Belarus border – near Chernobyl exclusion zone, where Ukraine had denied earlier as Russian troops were deployed there before the invasion. The agreement came after President Volodymyr Zelensky talked over phone with Belarus leader Alexander Lukashenko.

According to the claims made by White House, Russian forces have now lost their momentum as they are facing logistical and supply irregularities after Ukraine stood at stiff resistance.

Ukraine claims to have ousted Russian forces from its second city Kharkiv in the east of the country after Russian reinforced vehicles overcame its guards. The nation says it is hanging tight around capital Kyiv yet was battling Russian “sabotage groups” that had invaded the city.

The United Nation’s refugee agency has said total count of people crossing into Poland has reached 4,00,000 marks as tens of thousands are escaping. The other countries where these people are crossing into to take shelter include Romania, Slovakia, Hungary and Moldova.

Protests against Russian invasion are heating up with hundreds of people coming in solidarity marches from Berlin to Baghdad to Quito. More than 5,000 people have been detained in Russia for demonstrating against the attack.