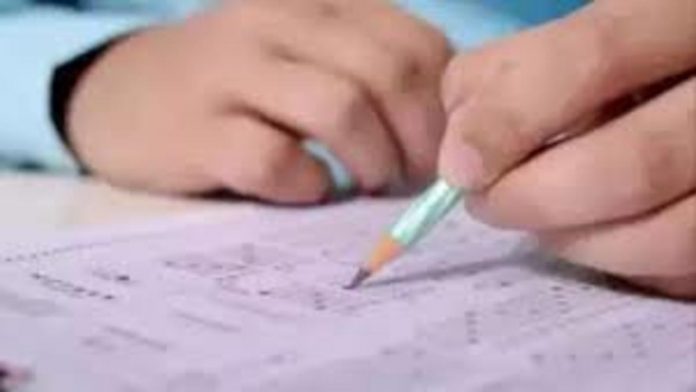 The university grants commission (UGC) announced on March 21 that from the 2022-23 academic session, there would be no weighting of class 12 board scores in admission to undergraduate programmes at central institutions, including Delhi University.

From the 2019 academic year, India’s education authority will administer a common university entrance exam (CUET) for millions of college applicants, and it will be required for admission to all undergraduate courses at the country’s key institutions.

According to UGC Chairman Mamidala Jagadesh Kumar, there are examples of admissions in India based only on entrance results, particularly at IITs. “For example, because of the variety of boards and various types of assessment methods, we employ JEE scores during IIT admissions. The same may be said regarding university entrance. That is why we are providing a single, standard NCERT curriculum, so that everyone can prepare from it and have a common reference “During the conversation, Kumar informed Moneycontrol in answer to a question.

A college or university, on the other hand, may impose a minimum eligibility requirement based on board scores.

“We think that the CUET will offer a consistent platform for admission to all universities and colleges throughout the country, as envisioned in the national education policy (NEP).” “The CUET should give applicants with equal possibilities,” the UGC chairperson said.

“This is primarily to alleviate the strain on students, universities, institutions, and the overall educational system,” Kumar said.

This would be done in a total of 13 languages, including Hindi, English, Tamil, Odia, Assamese, Punjabi, and Urdu, among others.

According to the UGC chairman, the CUET is projected to relieve financial strain on parents and students by eliminating the need for students to take numerous entrance exams for admission to UG and PG programmes. Kumar went on to say that this is one of the most critical improvements in the NEP 2020.

To be sure, the CUET will be held for both undergraduate and graduate students. Even for central institutions, the CUET at post-graduate level is not necessary until at least 2022-23.

On a voluntary basis, state-run universities, deemed institutions, and private universities may utilise CUET as a screening exam for UG admission.

Schedule of CUET
The National Testing Agency will administer the computer-based admission exam (NTA). The CUET will take place in the first week of July and will be based on the NCERT class 12 curriculum.

The tests will be held in two shifts, with the first having a compulsory language test, two domain topics, and the general test, and the second having four domain subjects and one language from 19 options.

The CUET, according to the UGC chairman, would have no impact on the current reservation policy in universities or minority central institutions like Jamia and AMU.